The Razer Seiren BT comes with everything you’ll need. Aside from the media device itself, ie. phone or camera. Out of the box, you get the Seiren BT microphone, two different types of socks, USB-C cable, and the coveted Razer snake sticker.

The socks are great for blocking out unwanted sounds. The Windsock does a decent job in outdoor environments. If you’re planning on streaming indoors in a noisy setting, such as a loud office, construction site or a convention, you’ll want to use the squishy sock to block out the background noise.

I couldn’t find a 50c coin for comparison – who carries coins around these days – so I’ve compared the Seiren BT against some of my favourite Razer products. It really is tiny. This compact size makes it ideal for videos. The microphone can be subtly hidden, using the clip to attach to the subject’s shirt. It almost looks like a USB stick, so don’t go trying to plug it into your PC!

Connecting the Seiren BT to your phone

The first thing you’ll need to do is turn on the Seiren BT. This is rather intuitive and requires the user to long-press the button on the left side of the microphone. A blue light starts flashing as with most Bluetooth devices. Open your phone and go to your Bluetooth settings and the Seiren BT should be listed. Click the Seiren BT and follow the prompts.

This whole process was really easy, intuitive (I didn’t have to follow any instructions), and very quick. Now that you have your phone connected, you’re ready to go.

The Seiren BT microphone is designed specifically for live streaming. You’ll need to use Streamlabs in order to use the microphone. Streamlabs streams to Twitch, YouTube, Facebook, and TikTok; all your favourite platforms. If you were planning on using the microphone for video recording, you’re out of luck. Unfortunately, phones’ native camera and recording applications don’t support Bluetooth devices. Using Streamlabs allows you to select your audio source, and bypass the native application limitations.

It’s perfect for live streaming on the go, and I expect to see many Twitch streamers walking around with these at PAX Aus. You can pick up the Razer Seiren BT for $169.95 AUD ($99.99 USD) 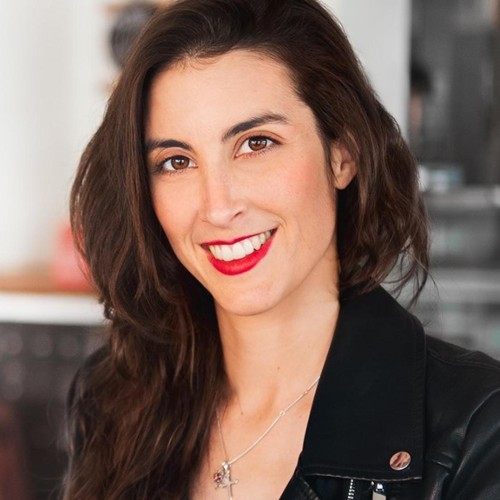 Michelle Manneringhttp://mishmanners.com
Mish is the Hackathon Queen, having participated in more than 100 events. Between being a Developer and Twitch streamer, Mish also finds time to pursue her keen interest in driving entrepreneurial culture in Melbourne's Melbourne’s esports industry and has founded several tech companies.
Previous articleWant to build an epic gaming PC? Try it out virtually using PC Building Simulator 2
Next articleTop-10 ultimate Aussie road trips you can take in an EV and a chance to win one of 10 dashcams hidden along the way