While we may be heading into the cooler months of the year, keeping your home comfortable is something you think about all year round. If you’re someone who plans your Christmas presents well in advance, then this may be the perfect gift for that friend or family member who needs a portable conditioner.

Many of us turn on air conditioning for the whole house, when in reality, we spend most of the day in a couple of rooms. An approach to reduce your power bills would be to buy a portable air conditioner and simply move it between rooms as necessary. Personally I have an office at the front of the house with a large glass window which gets the morning sun and heats up the room. This portable air conditioner from Close Comfort, is the perfect device to cool just this room. If later in the day I decide to spend time in the Rumpus, or living room, it’d be easy to move the air conditioner there as well.

This product is fairly special given it’s designed in Australia, by a company that has invested in creating the best portable air conditioning products for more than a decade. 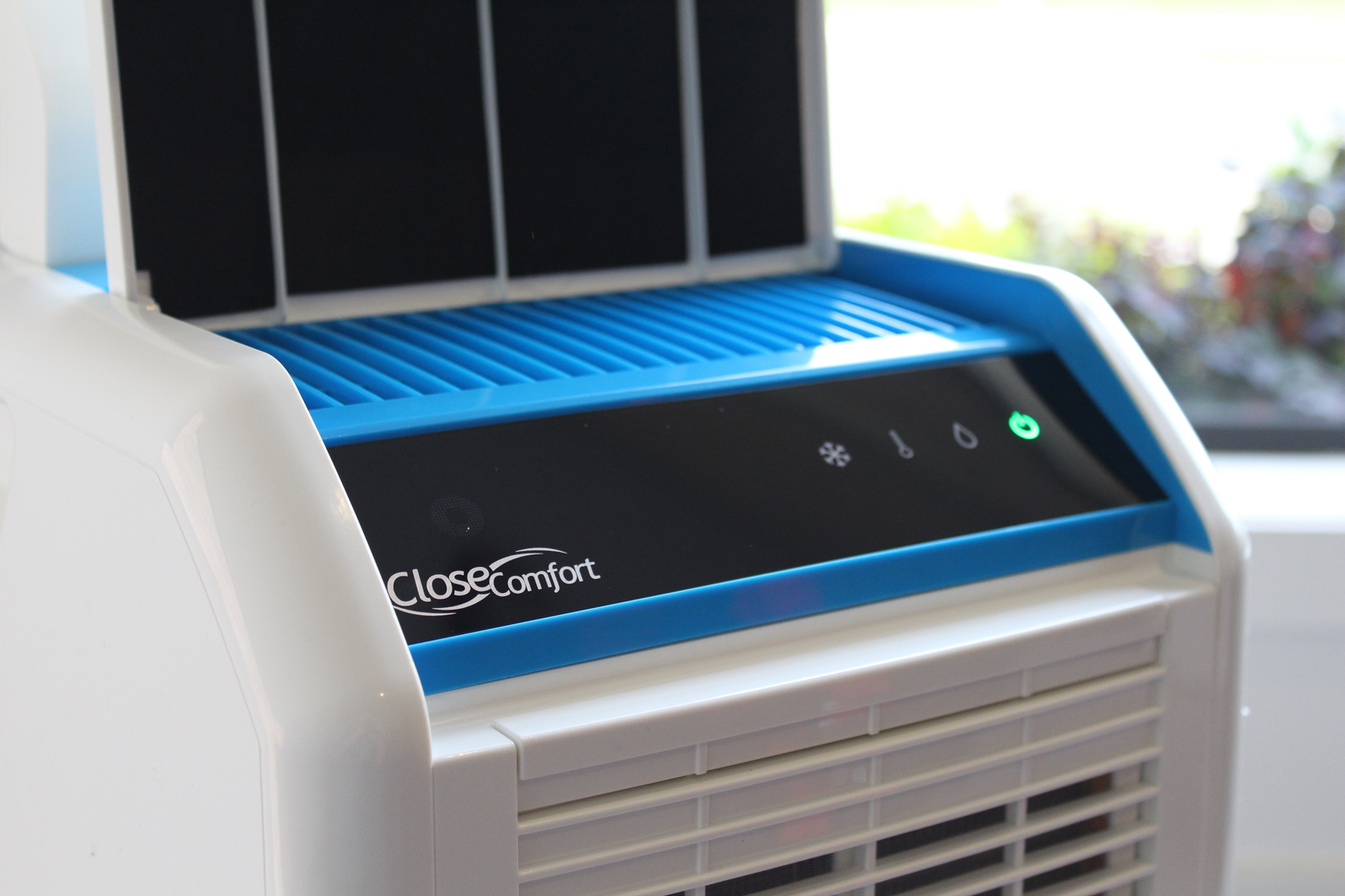 Close Comfort products are a result of the work done by Professor James Trevelyan. The Australian designed products, were developed with his engineering students at the University of Western Australia to gradually develop and realise his dream of energy-efficient, localised air conditioning technology.

The Cool Focus Portable Air Conditioner, is like a fridge with a fan inside. Most air conditioners are heavy and not something you want to move around. This one however was designed with portability in mind, just plug it in and go. While it’s not exactly light to carry, the wheels underneath and grab handles on the sides, make it fairly easy to move between rooms.

The exterior is a glossy white finish and is the size of a large garbage bin. The sides of the Cool Focus open to reveal a unique upwards-facing airflow, which is redirected then curved 90 degrees to push the airflow sideways. The rear section also opens and acts as an inlet for room-temperature air to enter, refrigerated and then emitted from the front.

I’m not particularly in love with the airflow design, as it seems far more practical to have air venting from the side then upwards and pushed sideways, but it is certainly effective. Close Comfort are promoting that you may like to have this pointed at you and on the hottest days, that may be true for the fastest cool down after walking in from 40 degrees. There’s also an included, optional clear flap that connects to the end of the flap, to further direct airflow upwards.

There’s also a control panel on the rear of the device, which enables you to control the device directly, or alternatively, you can use the included remote control to do it from across the room. 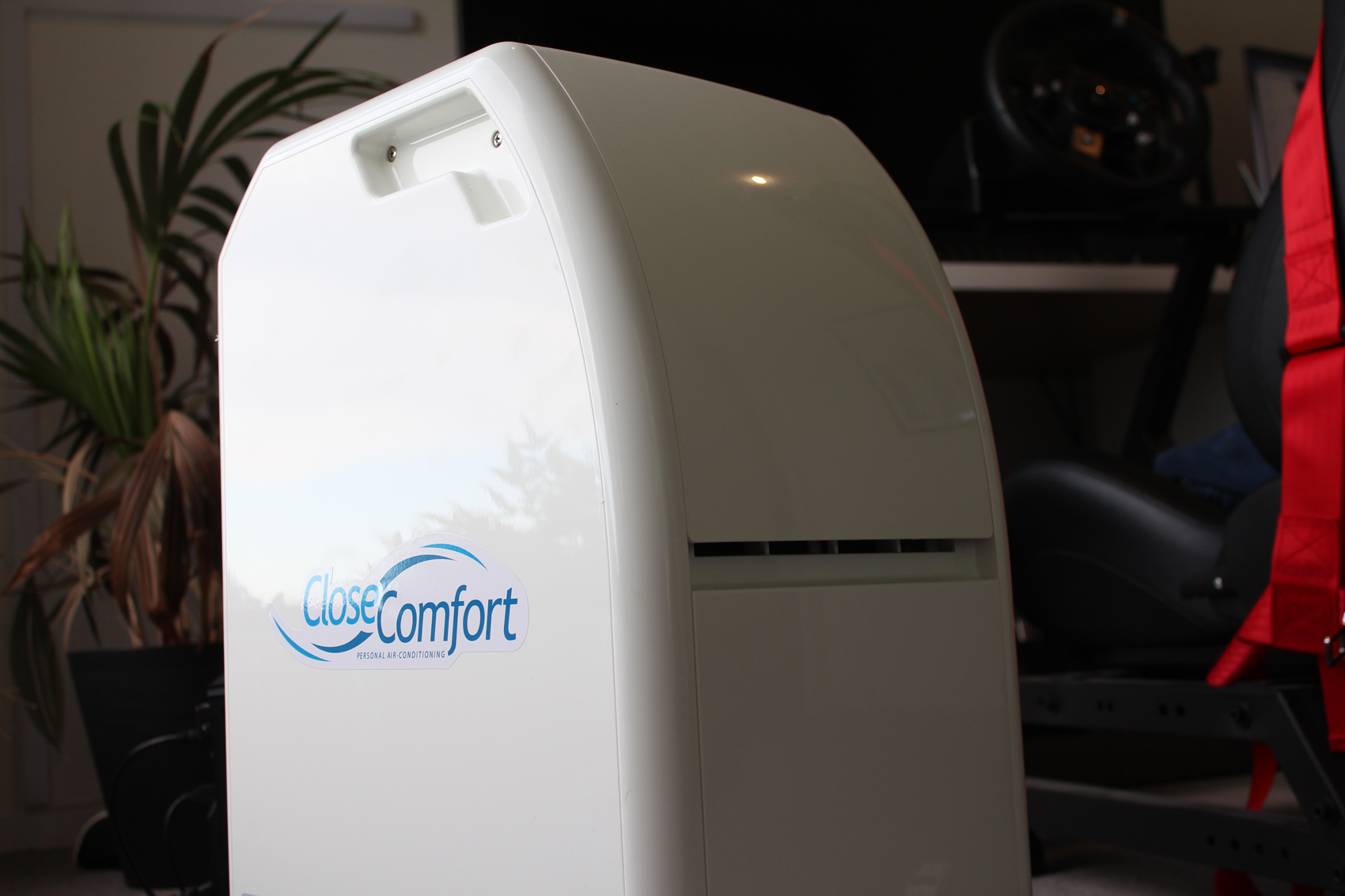 This Air Conditioner is all about keeping you cool, while being sustainable, reducing the amount of electricity required to cool your home. Close Comfort claims it’ll reduces running costs by up to 75% in Australia and relieves stress on overloaded electricity grids. Using between 4x and 8x times less energy and 1/5th of the refrigerant used by normal room air conditioners.

The Cool Focus uses patented compressor refrigeration technology to instantantly deliver cool air. You get to adjust the fan level, which impacts how much energy the device uses and how much air it can cool in any given period. It does create a decent volume when at max, but the same is true for Dyson fans and other cooling products.

If you’re lying on the couch, in a moderately sized living room, this product will cool you down quickly. There is however a fairly limited abilty to direct the airflow, due to the top flat design, while traditional or smart fans will have a much greater range of motion. The goal here is not to push air around the room, but rather cool it, so turn it on, trust that it’ll lower the room temperature and wait a few minutes.

When the fan is running at full speed, the device will emit around 54db at a distance of 1m, so keep that in mind if you’re participating in quiet activities, that could be quite loud, although that depends on your surrounding environment.

There’s a brilliant convenience and simplicity to this device, there’s no installation to speak of, just simply plug it in. 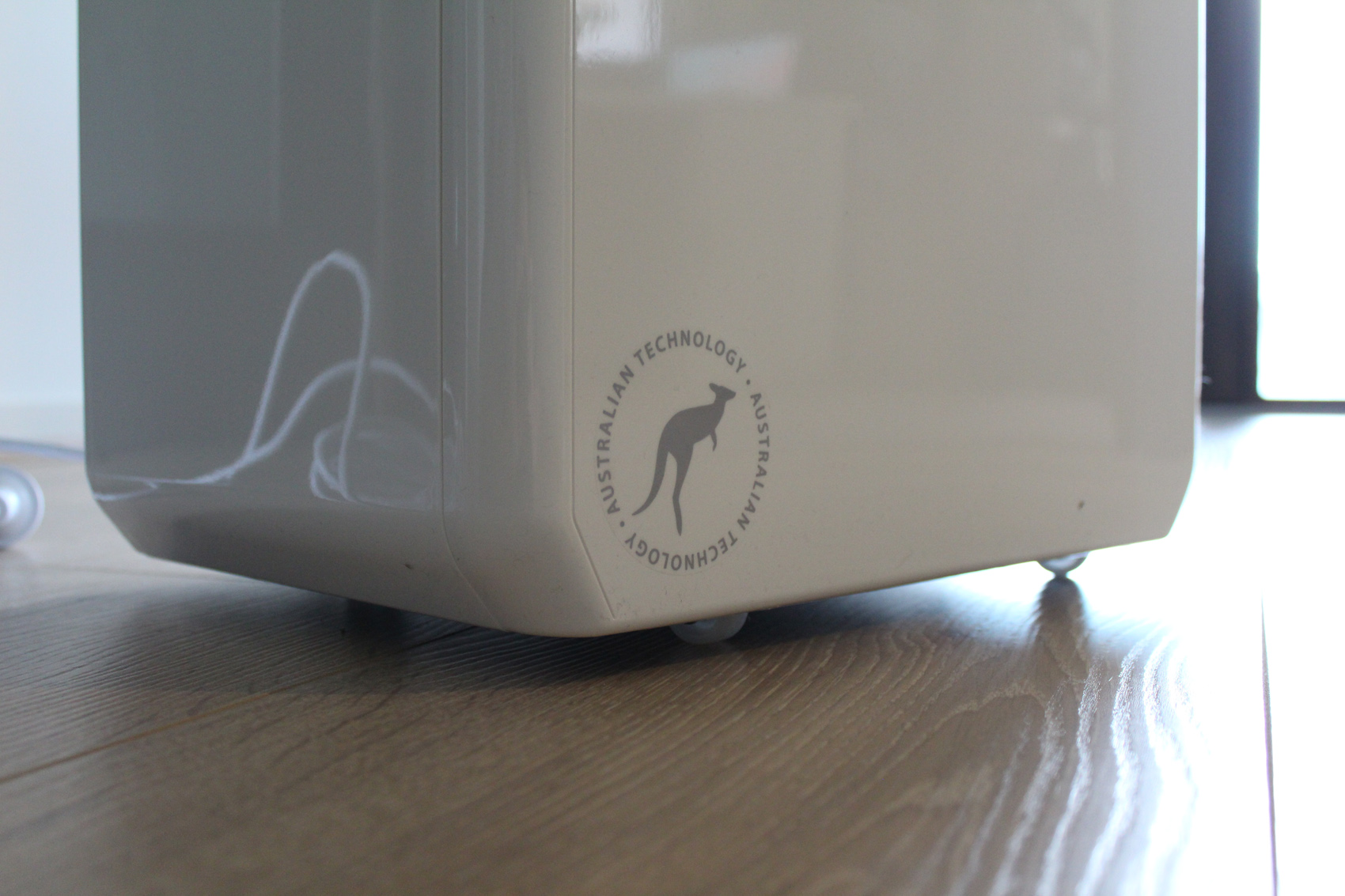 Close Comfort say the unit has proved popular with retirees, Aged Services providers, parents with children, empty nesters, renters and those living off-grid or increasing their use of renewable or sustainable power.

It’s idea for bedrooms, offices, sheds, garages, patios, caravans, tents, boats or wherever 240V power is available. It’ll also work with batteries, solar with suitable inverter (not supplied) or small generators, making it great for those who love camping.

The features of the device are: 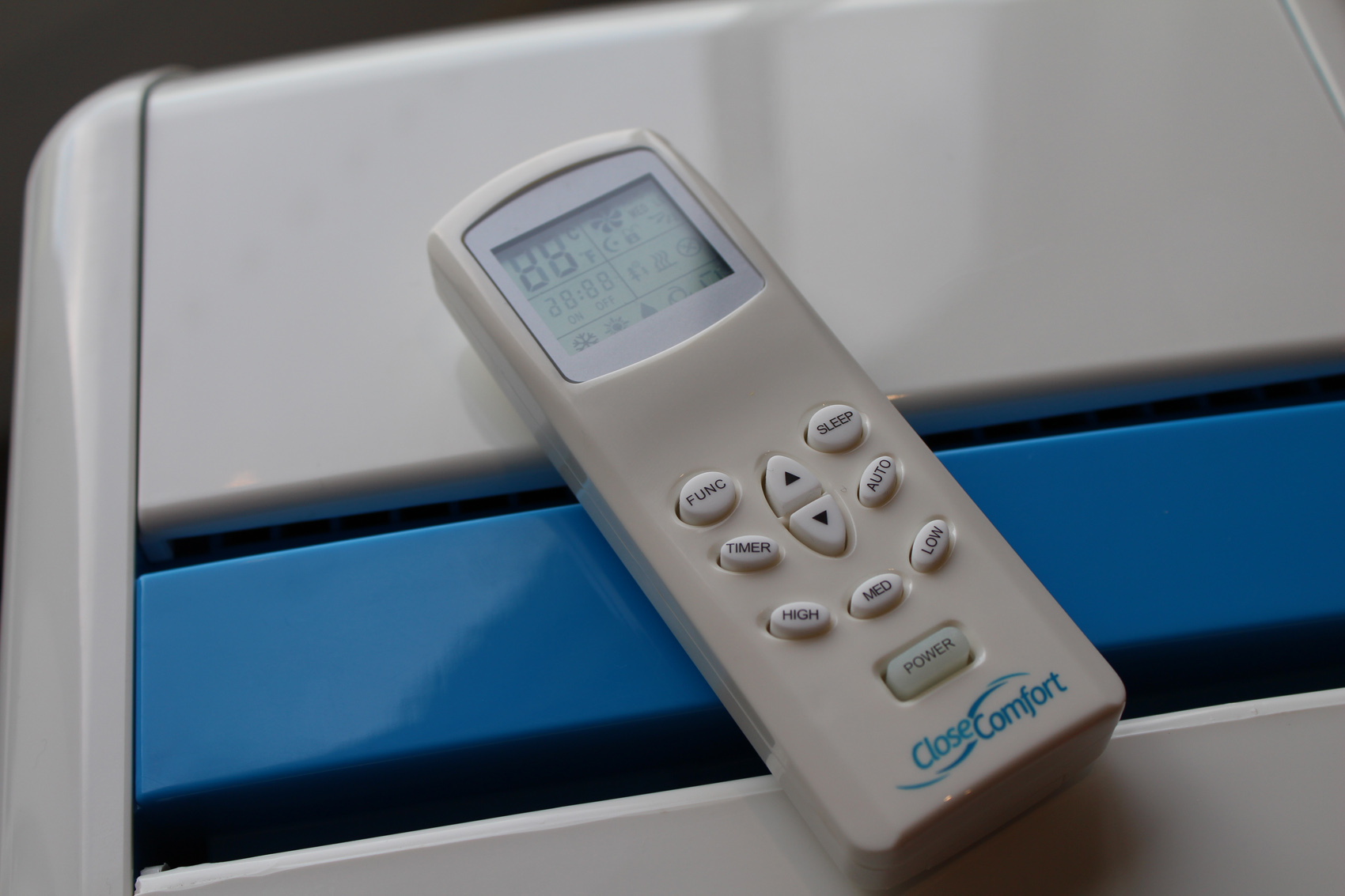 The device works as advertised, but I do have to take issue with the noise emitted from using the remote. No remote should make that sound, it’s loud and obnoxious and when you’re increasing or reducing the temperature setting, it takes multiple presses of the button. If you, or your family are trying to watch a movie when you’re adjusting it, this will be seriously annoying.

It would also be a great idea to offer some kind of user preferences, as we know many couples prefer different temperatures in our homes, just like different seating positions in the car.

Finally I’d probably say the design feels a little out of place in your living room with the two sides open, it looks kind of weird. Other cooling products try to be a little more subtle and I think side-emitting vents could also work, although maybe wouldn’t throw the air quite as far, asthetics matter to people, a lot. 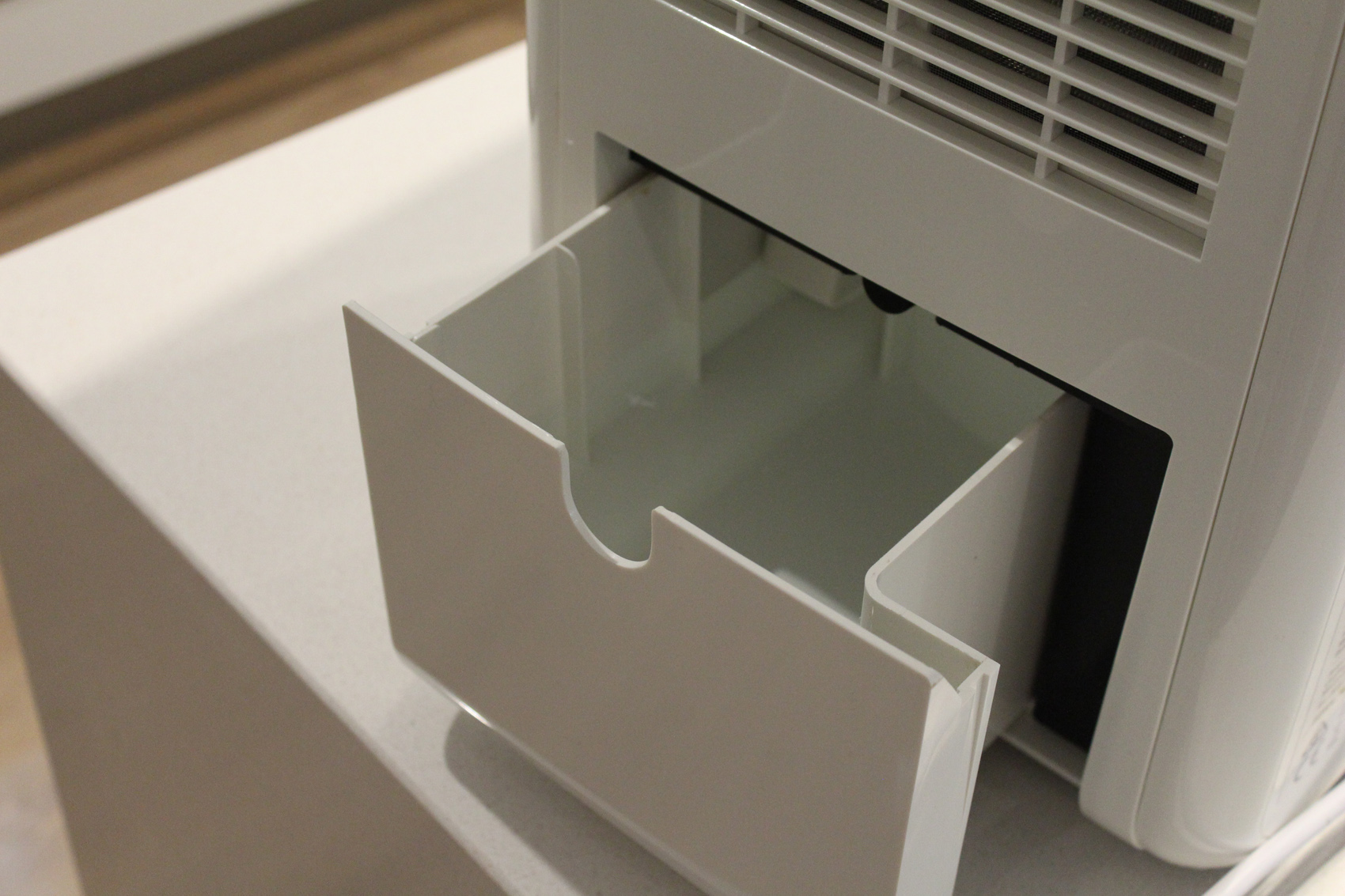 In the event you’re the camping type, there’s also an Igloo Bed Tent accessory that can be added for A$99.00. The igloo fits a double bed inside, with an easy side entry. The Cooler connects to the side of the tent to keep you cool while sleeping and Close Comfort claim this could be by as much as 12 degrees. 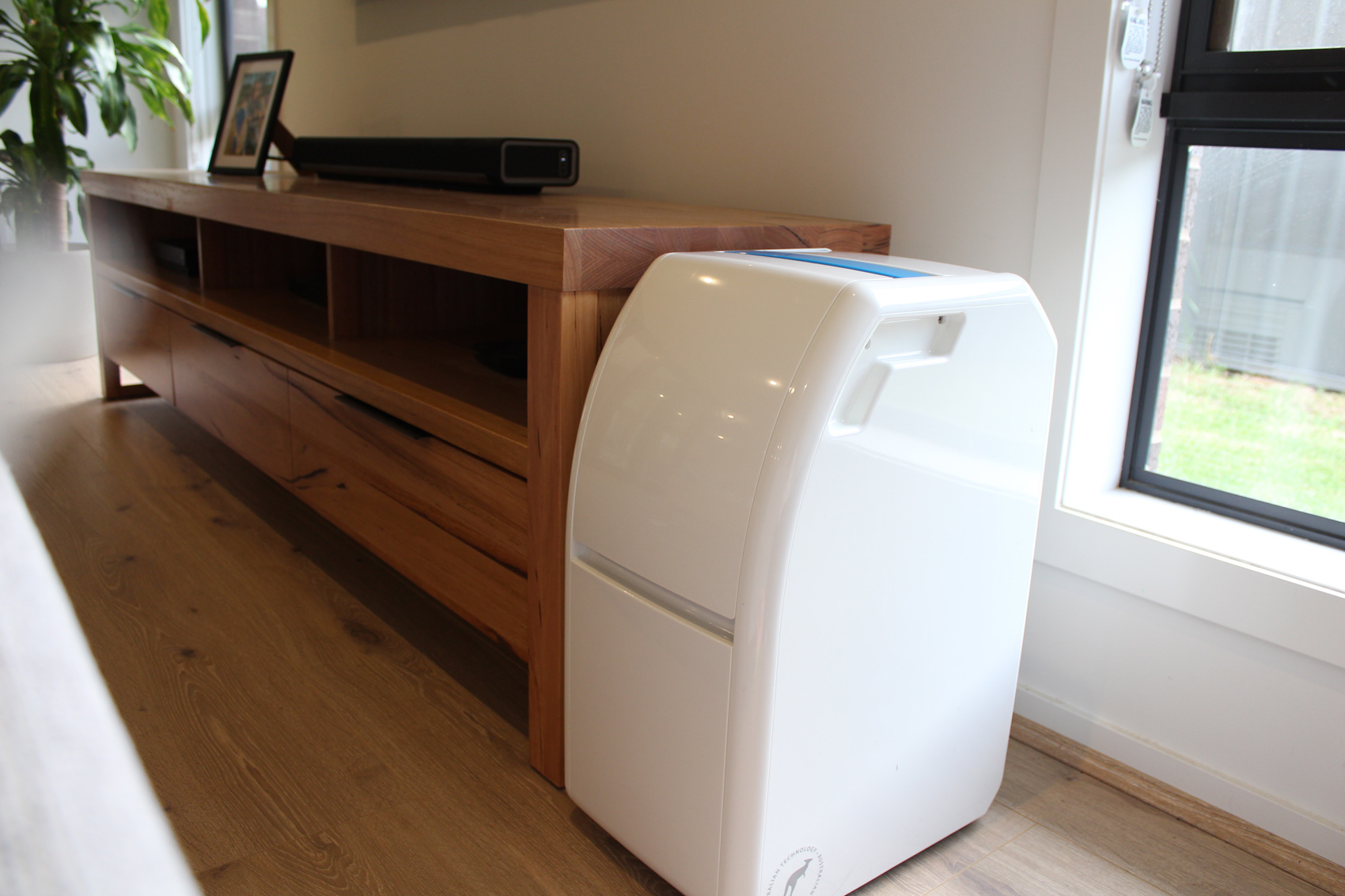 Australia’s weather patterns, like the rest of the world, are getting harder and harder to predict, but one thing’s for sure, our traditional seasons are basically a thing of the past now. Our Summer starts earlier and being on this side of the equater, Australia is one of the sunniest parts of the world. This means we’re often setting new records for the number of extremely hot days in a months.

This makes it incredibly important to find ways to stay cool and with our ongoing issues with high energy prices, we’ve seen people have to make difficult decisions about their ability to afford to run heating and cooling. That makes products like the Cool Focus and it’s energy efficiency, incredily important. For our elderly loved ones, they are loften located in smaller residences which would be perfect for a solution like this.

For those that go on outdoor vacations, this could also work well and even extend the number of days you can travel (and stay cool) per year.

All things considered the Close Comfort Cool Focus portable air conditioner does what it’s designed to do and does it well. The looks may not be to everyone’s taste, but the value is there for people who are most focused on the functionality.

Jason Cartwrighthttp://techau.com.au/author/jason/
Creator of techAU, Jason has spent the dozen+ years covering technology in Australia and around the world. Bringing a background in multimedia and passion for technology to the job, Cartwright delivers detailed product reviews, event coverage and industry news on a daily basis. Disclaimer: Tesla Shareholder from 20/01/2021
Previous articleTile teams up with Intel, now being built into Laptops
Next articleDJI just announced the most insane commercial drone, the Matrice 300 RTK, can take 2 people to fly