It’s Friday night, the family is in bed and after a long week at work, it’s time for some relaxation. You sit down on the couch and fire up that sexy new Xbox Series X for an online gaming session with the mates, only to realise your fantastic surround sound audio, is about to wake the kids. Thankfully headphones provide a great alternative when family or neighbours don’t appreciate the sound turned up to 11.

When I sat down to try the Turtle Beach Stealth 600 G2 headset, I quickly realised that I had never actually gamed on a console using a wireless headset before. I’ve reviewed dozens of headsets and all of the cabled in some description. Having the freedom of a wire-free experience provided by an Xbox Elite controller and a Bluetooth headset is incredibly freeing and something I never really appreciated before now.

Having no cable tethering your headset to your controller, means you’re hands are free to grab some food during load sequences, check your phone, or even sit down the controller, then stand up and walk to the fridge for another cold one. Having the headset on means you’ll hear your cue for when you need to be back and ready to take control and its these small things that really offer something quite different in terms of freedom.

Of course, Bluetooth is just part of the story here, there’s a number of features, some interesting design choices and of course, then there’s the audio performance to get to. After having used it for a few weeks now, its time to get stuck into a detailed review.

The Stealth 600 G2 offers wireless connectivity with the new Xbox Series X, Xbox One and PC via Bluetooth. 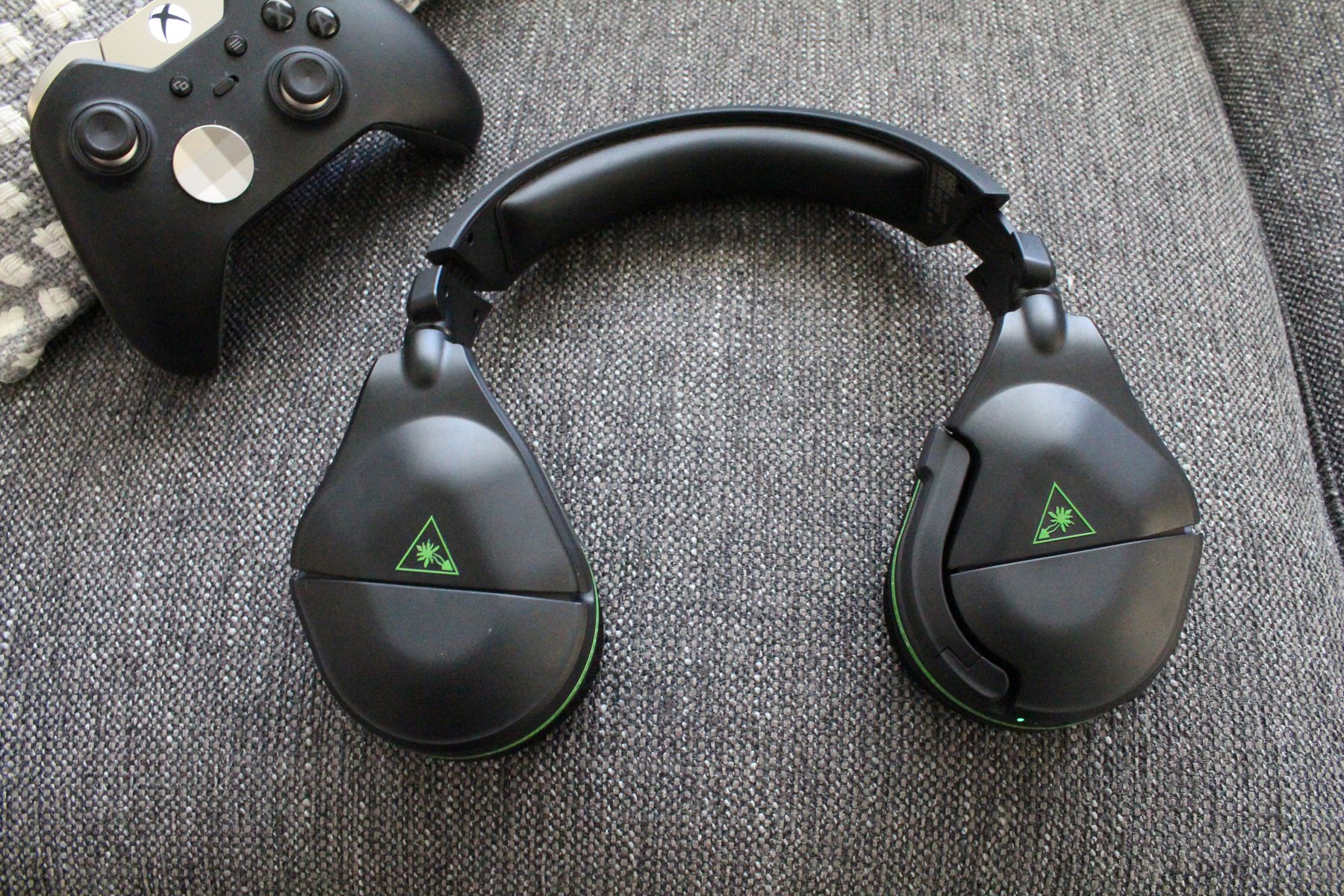 Looks are important if you’re going to wear it

In terms of design, the exterior feature a hard plastic finish. While it doesn’t scream premium, it is a sign of robustness, so should you throw them down in disgust after losing your head, they’ll likely survive the fall.

In terms of colours, it’s hard to go wrong with a black/green combo when making a headset for the Xbox. The predominantly black exterior is broken up with green rings around each cup, as well as a proud Turtlebeach logo emblazoned on the outside of the cup, should anyone in your proximity should be in any doubt to which brand you’re wearing.

The over-the-ear design fit my larger ears, but not by much margin. They are comfy to wear, making them great for extended sessions and avoid the common mistake of many headphones, or putting too much inward pressure on your skull, in an effort to stay in place. I think Turtle Beach have found a great balance when it comes to designing the feel of the headphone on your head. It’s a basic, single-band design that just works, with foam padding which allows it to be secured on your head, while also breathing.

In terms of the speaker design, we’re talking closed ear, without active noise cancelling. This means outside sound will be muffled, as it would be if you were wearing earmuffs, but it won’t be digitally removed from the soundtrack in the way a noise-cancelling headset would. Some will prefer this, particularly if your gaming room configuration, means your back is to a doorway, where you regularly have people sneak up on you.

If you need to throw the headset in a backpack, the cups rotate 90 degrees to provide a slim profile, perfect for slipping into a backpack. 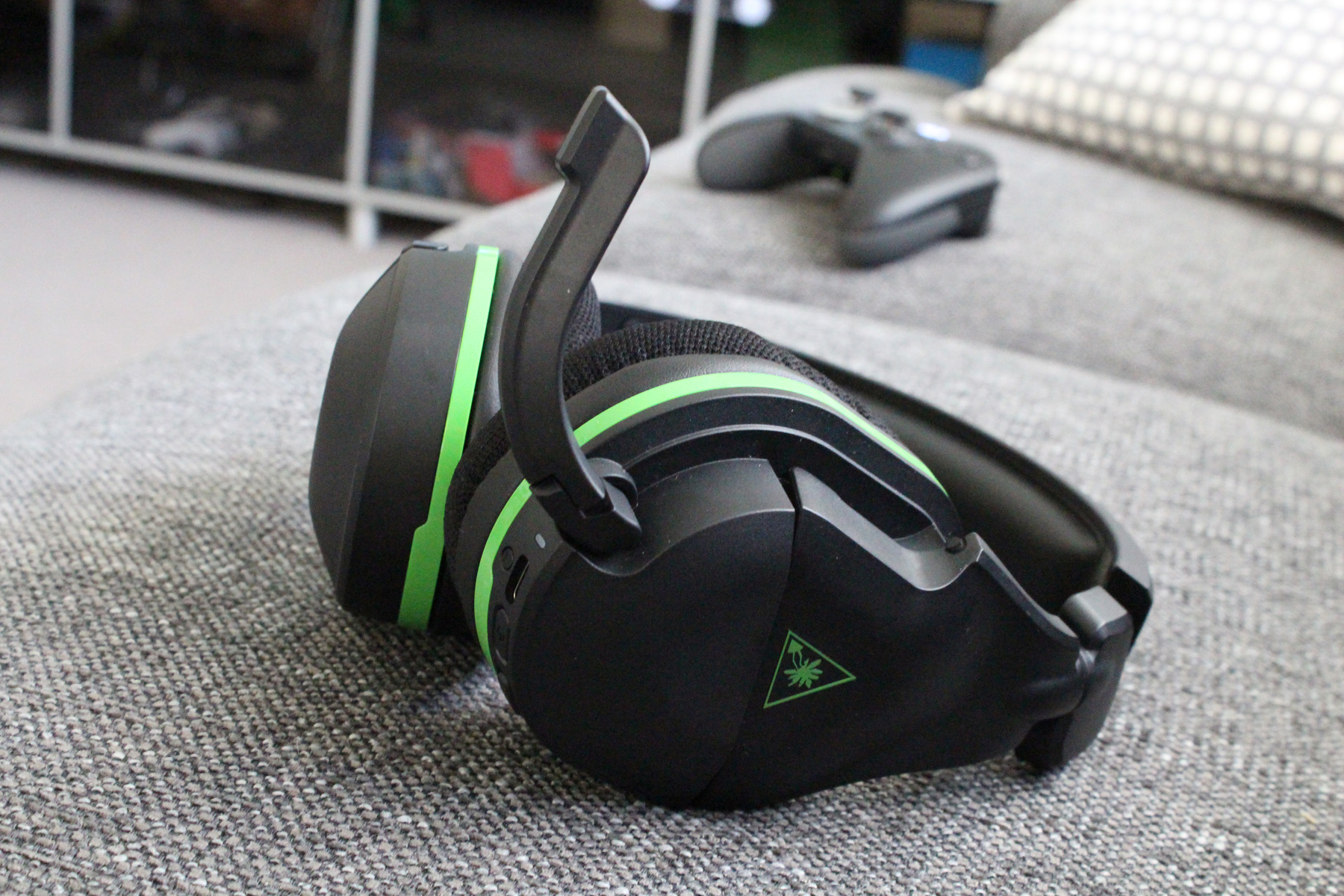 While design, comfort and price will certainly play a part in most buying decisions, it’s pretty bloody important that a headset sounds good as well, or you’re wasting your money.
Thanks to 50mm speakers with a range of 20Hz – 20kHz in each ear, the headset really sounds great for a product at this price point. When playing an FPS title, you can definitely hear sound directionally, allowing you to snap turn to the direction of your enemies.
Turtle Beach’s call it Superhuman Hearing, which aims to give you the competitive advantage by being able to hear all the subtle elements like enemy footsteps, or reloads and after playing a number of titles I could certainly vouch for that.
The headset does a great job on the music and sound effects in those big cinematic cut scenes, but also on the subtle audio.
There’s not hardware audio configuration, but there is an audio mode button which switches between 4 presets, Bass Boost, Signature Sound, Treble Boost, and Vocal Boost. I found these to be pretty effective and loved that they get a dedicated button that’s easy to get to on the back of the left cup.
Overall don’t expect these to compete with a premium headset, but they’re a really solid performer for the price. 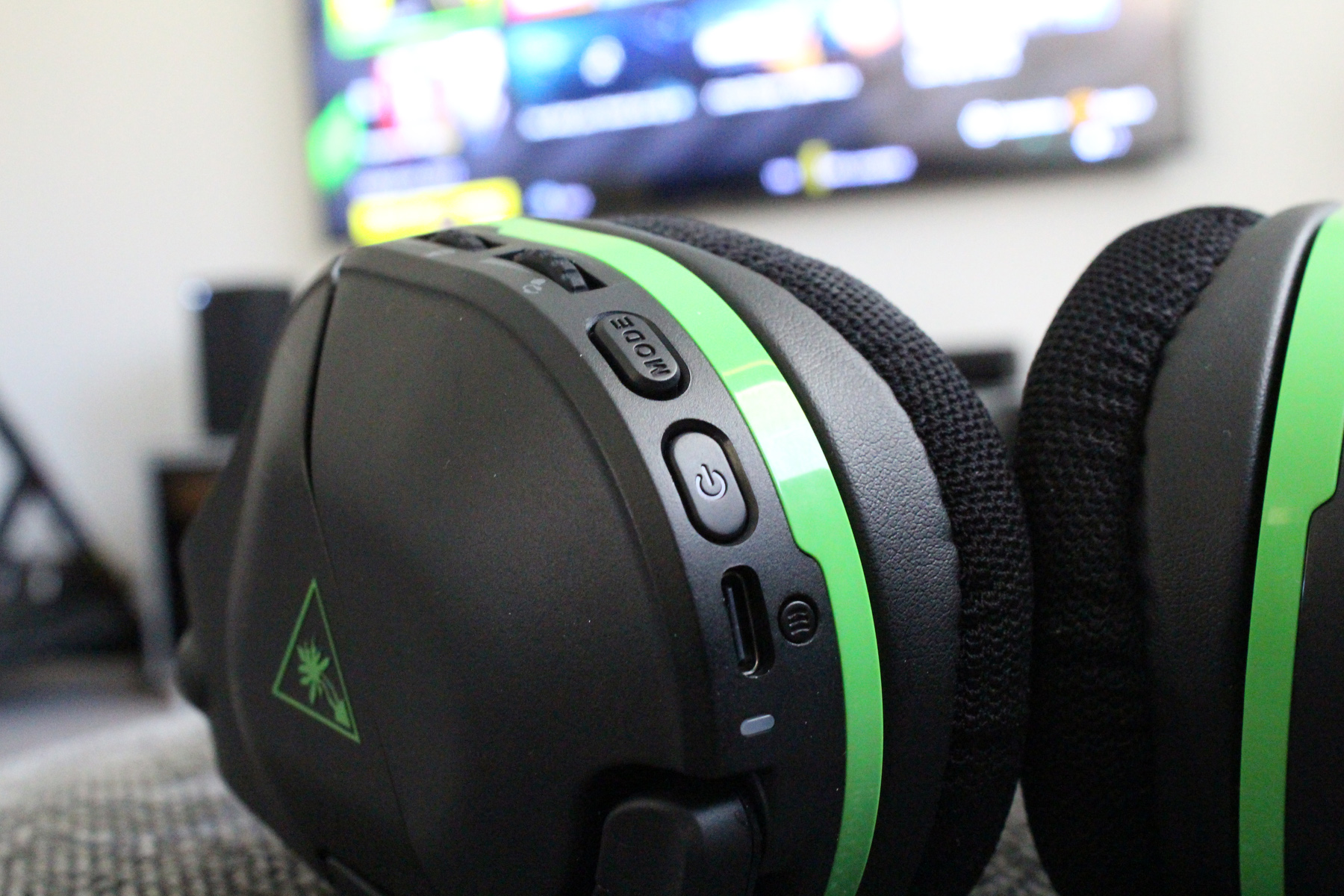 There is no doubt the simplicity of Bluetooth connectivity is one of the key reasons you would buy this headset. Pairing Bluetooth devices is something we’re all pretty familiar with, but on Xbox, it’s as easy as pairing a controller, just push 2 buttons and you’re done and that simplicty means this headset should appeal to all.

I’ve written a lot in my reviews about devices shipping without USB-C charging ports, thankfully Turtle Beach doesn’t make this mistake and the many USB-C charging cables laying around my home can be used to to charge this headset.

Being wireless has its obvious advantages, but also adds a new problem, in that it needs to be charged. This means the battery life is really important as we already have the controller’s battery to manage.

Embedded in the headset is a 900mAh Lithium polymer battery, which is good for around 15 hours of battery life. For my casual usage, this meant multiple nights of gaming and I was able to make it through the best part of a week before needing to recharge.

You may not notice it at first, but integrated into the headset is a fold-out microphone. This actually features a couple of positions to allow for personal preference and to make sure the mic is close to your mouth.

To use the mic, just flip it down to activate, then flip it up to make sure you’re on mute.

On the left cup of the headset, you’ll find controls to adjust the audio balance between Chat and Game audio. This is fairly common in headsets but is a great feature I’m glad was included. 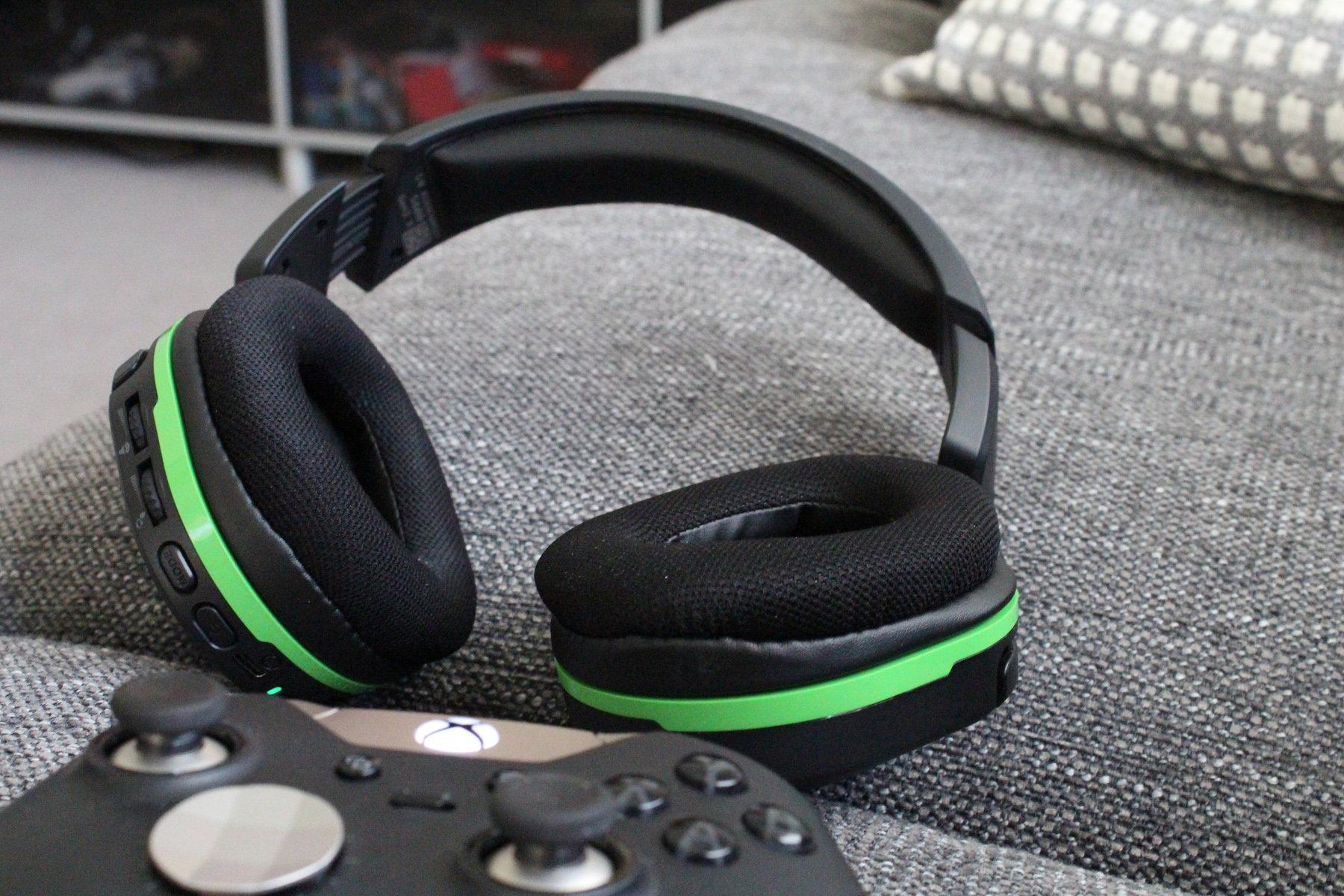 Buying this headset is definitely a case of getting what you pay for, in a good way. There’s really no surprises here, it offers exactly what the features says it does, it’s plenty comfortable and portable if you need to travel with it.

Initially, I thought the Bluetooth range may be an issue, given some other wireless products can even make it to the fridge, but I can happily confirm these don’t suffer from that issue and drinks were secured successfully, all while listening for the cue in the game to let me know I was due back at the controller. 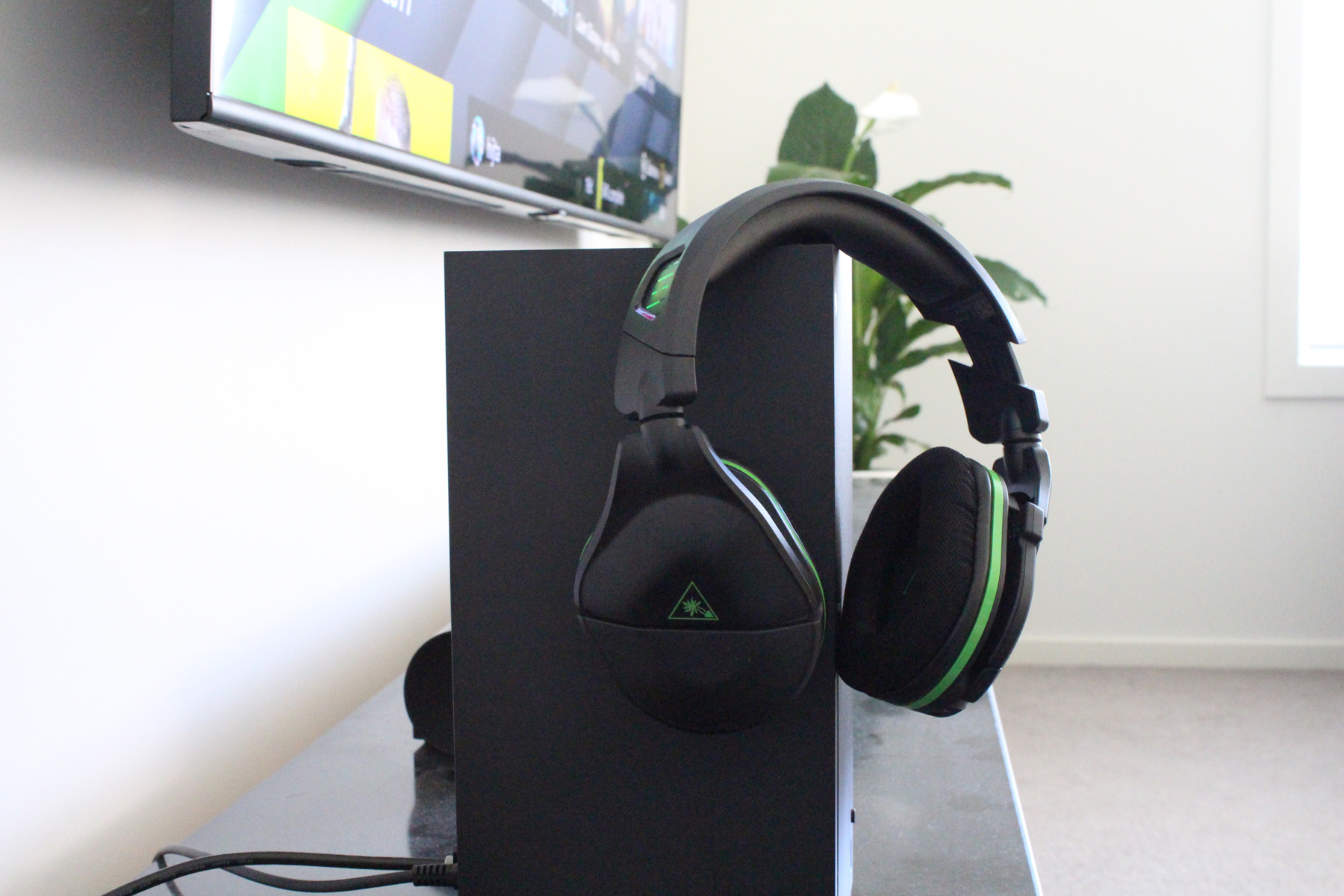 The headset is available now, from retailers like JB Hi-Fi, BigW, EB Games and The Gamesmen.

The Turtle Beach Stealth 600 Gen2 wireless headset for Xbox and PC, costs A$169.00. At that price, it offers great value for money.

For those in the PlayStation camps, there’s also a black/blue version specifically for the PS4 and PS5. 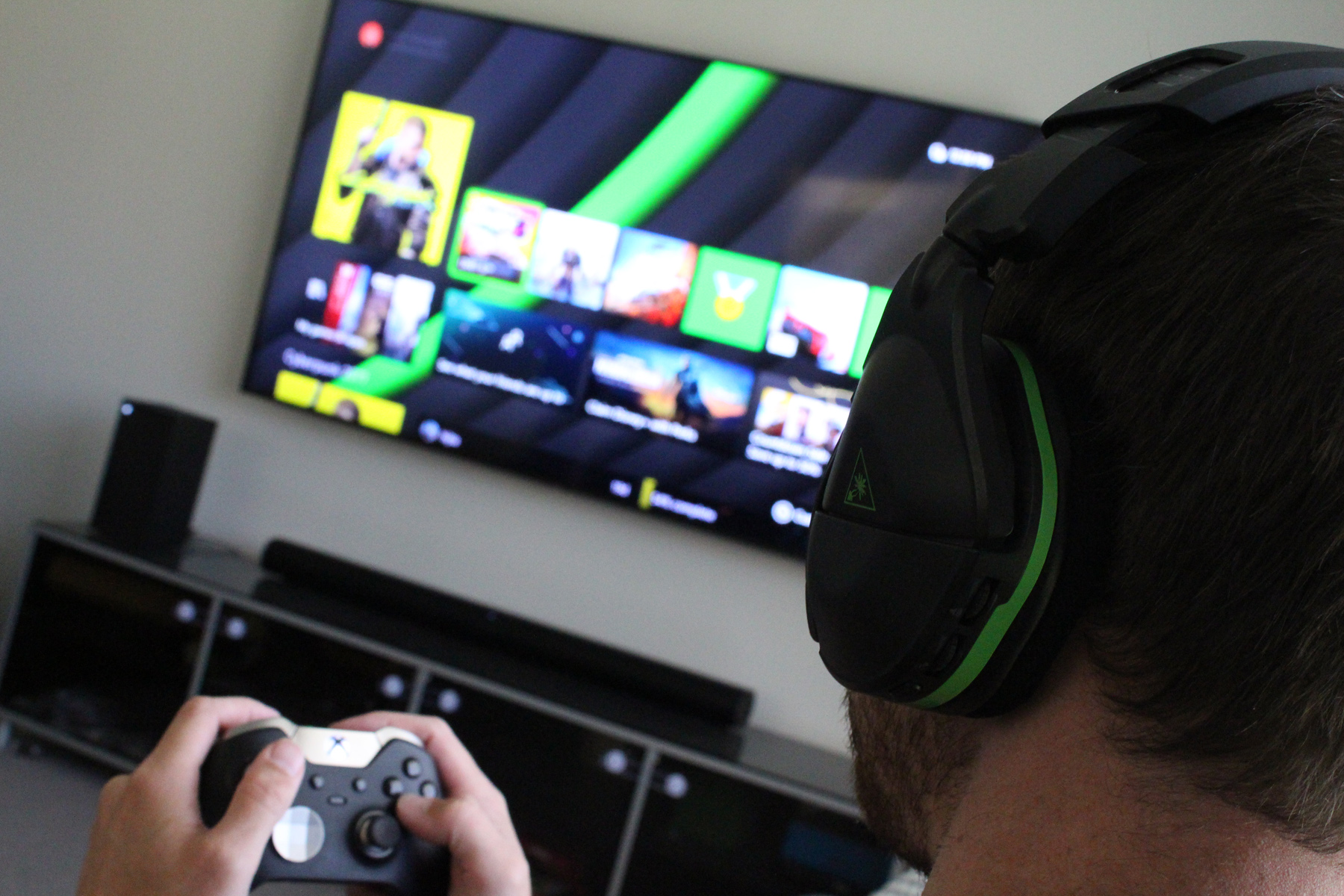 Maybe you got an Xbox for Christmas, or are just looking to upgrade from the standard Microsoft headset, but whatever the motivation, the Turtle Beach Stealth 600 G2 is a really great value headset.

The wireless connectivity should not be under-rated and really is a great feature that may help you chose over the competition. Setup is a breeze and battery life is really good, so with an affordable price point, there’s a lot to like here.

Is it the most amazing sound I’ve ever heard, no, but that doesn’t mean you can’t have a really great gaming experience when using it and considering it’s 1/4 the price of some of the premium gaming headsets, I’d have no problem recommending it.

The design is understated with no external LEDs, but that’s likely to be a positive to most, rather than a negative. Overall it’s plenty loud enough, pretty comfortable and is definitely a better option that waking a sleeping baby in the next room.

Jason Cartwrighthttp://techau.com.au/author/jason/
Creator of techAU, Jason has spent the dozen+ years covering technology in Australia and around the world. Bringing a background in multimedia and passion for technology to the job, Cartwright delivers detailed product reviews, event coverage and industry news on a daily basis. Disclaimer: Tesla Shareholder from 20/01/2021
Previous articleConnected Cars really need APIs to our Connected Homes to optimise EV charging
Next articleFSD will be free for 3 months if you buy a Tesla in the last 3 days of 2020