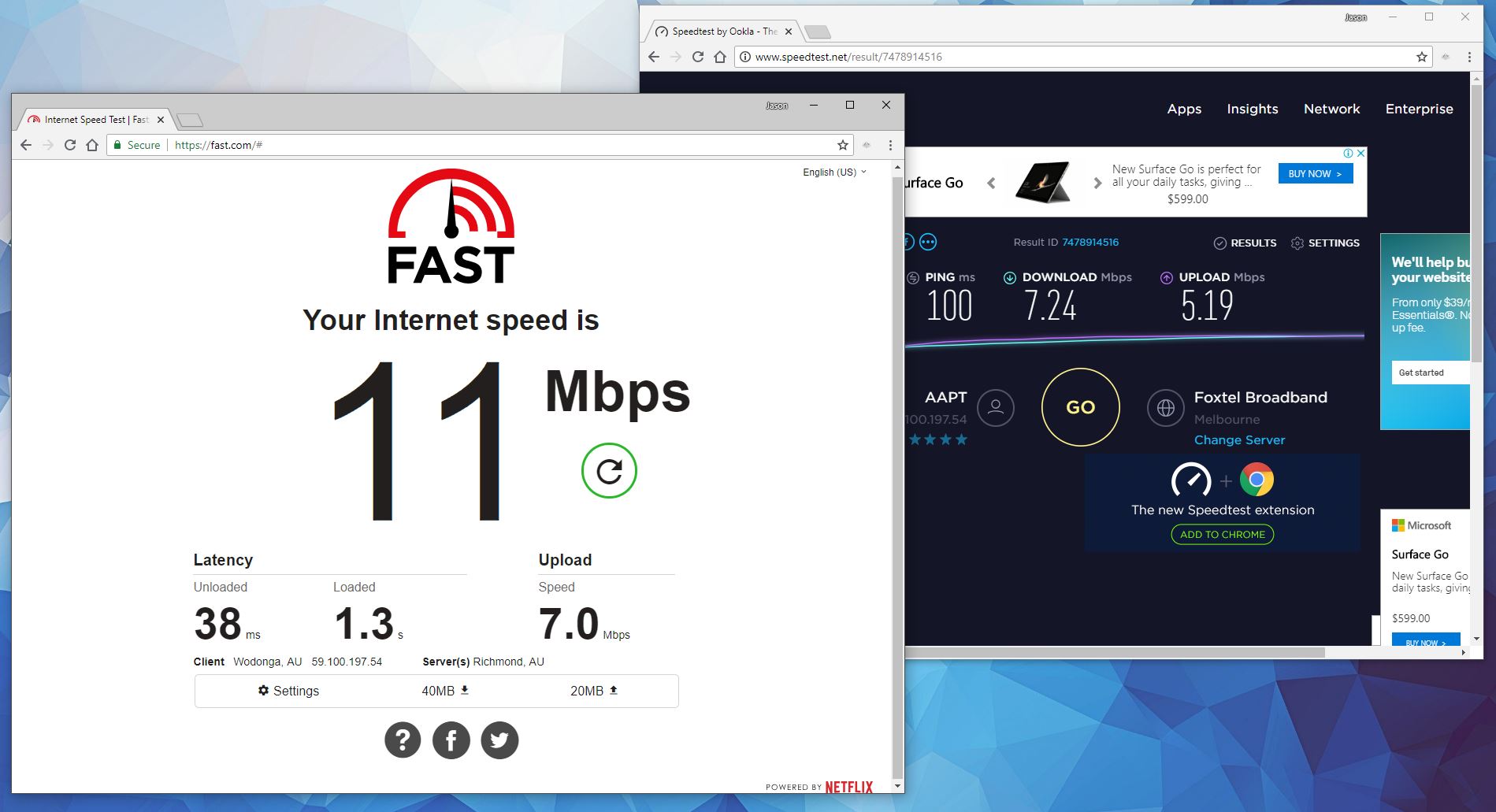 We’re all very familiar with Speedtest.net as the default service to check your internet speeds. Whether it be on a new device, after a router upgrade or while diagnosing nbn issues, testing your internet speed is something we’ll all likely need to do at some point.

A little over two years ago, Netflix launched FAST.com, an alternative speed test that’s free, fast, and simple. Just go to the site, and the speed test runs (without ads). Since the launch, Netflix says the site has experienced incredibly strong organic growth, with usage of FAST.com doubling over the past 7 months, and the site has now generated more than half a billion speed tests from around the world.

Netflix are expanding the service capabilities to address the feedback from users, adding the ability to measure connection latency and upload speed. Upload speed measures the speed of the connection for uploading data from a user’s device to the internet. Latency – which refers to the time it takes for data to travel from a user’s device to the server and back – will be measured on both unloaded and loaded connections. Unloaded latency measures the round-trip time of a request when there is no other traffic present on a user’s network, while loaded latency measures the round-trip time when data-heavy applications are being used on the network.

For example, let’s say you’re playing a game online on your computer. If you’re the only user on the network, then the time between your gaming action (like moving a mouse or clicking it) and the response from the gaming server will approximately match the unloaded latency measurement. However, if someone else is streaming a movie, backing up photos or performing other data-intensive tasks on the same network at the same time, your gaming response time would correspond to the loaded latency measurement. Ideally, those two values for unloaded and loaded latency should be close to each other. If not, that might explain your poor experience with latency sensitive applications (like gaming, video calls or web surfing) under heavy network usage, and you may want to check your home network setup (bufferbloat.net has useful recommendations) or consult with your ISP.

We all want a faster, better internet, yet internet speeds vary greatly and can be affected by other users on your network, or congestion with your internet service provider. We’re adding these new measurements to FAST.com so that consumers will have a more comprehensive view of their internet connection speed at any given time.

As FAST.com grows, we’ll continue to listen to feedback from our users to ensure that the tool is useful and valuable. And no matter what, we’ll always keep the design of FAST.com clean and ad-free.

With two key ways to check your internet speeds, each using their own proprietary algorithms you now have an issue, which one do you trust. That’s a difficult answer because they do differ considerably. My suggestion would be to pick a service and stick to it, as often the results are relevant by comparing over time.

techauhttp://techAU.com.au
This post is authored by techAU staffers. Used rarely and sparingly when the source decided to keep their identity secret, or a guest author who isn't seeking credit.
Previous articleIt’s World Emoji Day and you kids are mad for them
Next articleKensington made sweet Surface Studio-style dock for the Surface Pro