Project CARS has just arrived and being a driving fan, I had no option, I had to buy the game. The game has been pitched as one of the...
Posted by techau on May 7, 2015 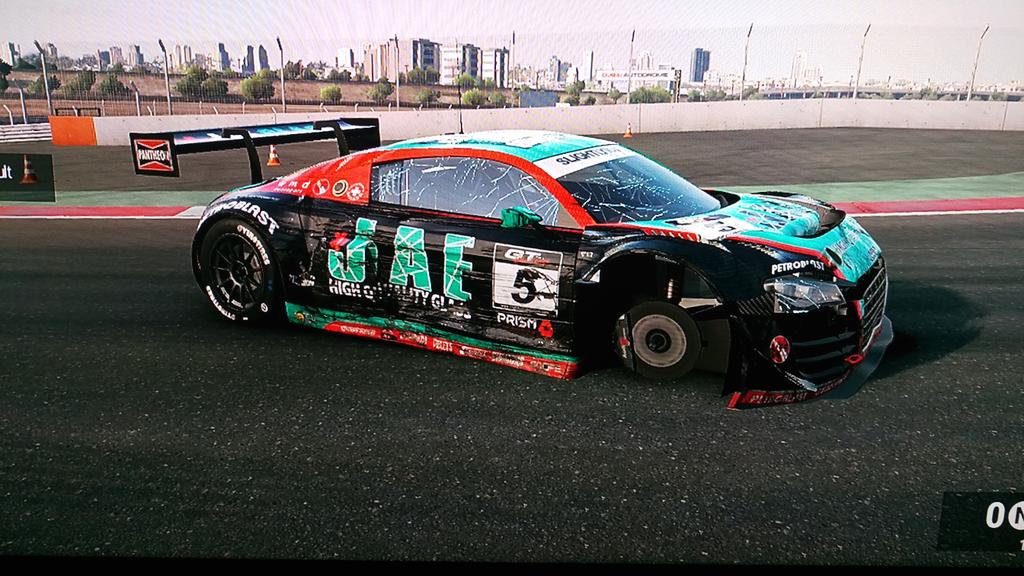 Project CARS has just arrived and being a driving fan, I had no option, I had to buy the game. The game has been pitched as one of the most graphically and physically accurate driving games ever produced. It’s available on the Xbox One and PS4, but PC gamers will be able to use every last teraflop of GPU performance with the game supporting a mental 12K with a 3 screen configuration.

I grabbed the Xbox One version (via digital download) and after playing for a while have put together early impressions. The first is that you can completely snap off wheels from your car – that’s awesome. This is such a stark contrast to other “driving simulators” that have paint scratches as the extent of their damage engines. To do this, jump into the options menu and set damage to Real and then jump in a car and go very fast into walls. If you get the angles right, you’ll take out a wheel and not just your engine. Of course you can smash the windows and tear off a spoiler or even the front splitter, when you’re not up for a serious racing session, this is a great stress release.

Project CARS has the best tyre smoke of any game I’ve played, period. The photo below is the gorgeous McLaren P1 hypercar disappearing in a cloud of it’s own smoke. This doesn’t sound like much, but almost every single game to date gets this wrong. Smoke usually dissipates too quickly to create this effect. In previous years it’s explainable as the complex particle animation required to pull this off is very compute intensive, but even on the Xbox One, Project CARS pulls this off. 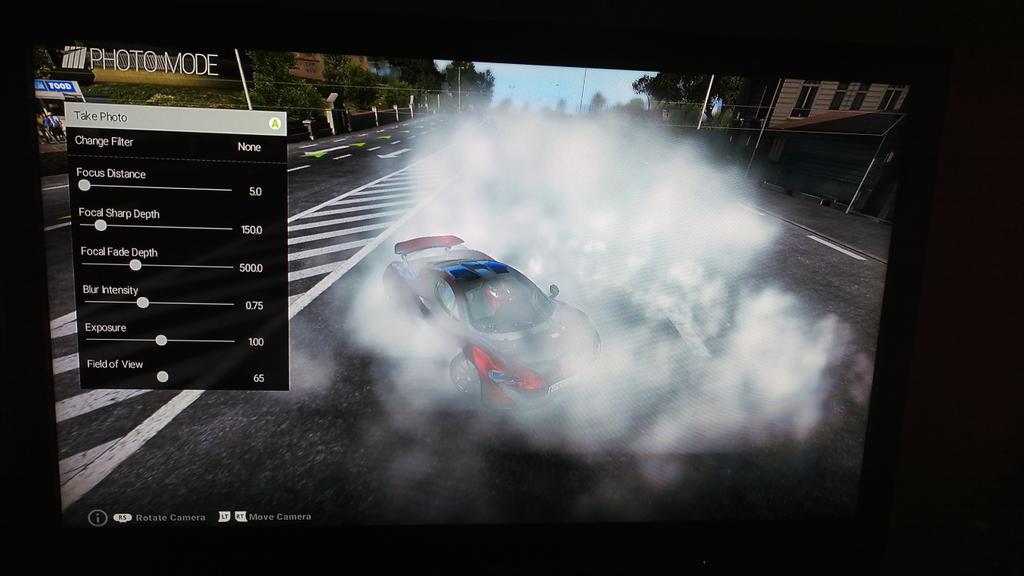 If you’re wondering why I’m taking photos of the screen, rather than using the in-built screen shots, there’s a bug right now in the Xbox preview release that is preventing screenshots or game clips from saving.

One of the great things about Project CARS is that you get to jump into any category from the start, no forced progression from the budget low end and 30 hours before you get to the good stuff. This means I could jump into an F1 car straight away. The cameras in this game are plentiful, with some new options we haven’t seen before. The first is this helmet view, where you really get into the driver’s seat. By the way, if you’re racing with a wheel, you have the option to turn off the wheel and driver hands and really imagine your own there.

This 1st person view has a great depth of field effect and there’s an option that allows the helmet to focus on the corner apex, you know where you should be looking. Depth of field in photos is a cool effect, in gaming, it adds realism, reflecting the real world experience. When you drive, you don’t have the whole dash, dials wheel , mirrors and objects in your peripheral view in focus. It certainly takes some getting used to, but once you do, it’s neat.

The other new view is a center view, so rather than just being positioned over the steering wheel, where you would be in a real driver’s seat, you’re next to the driver. Staring out the center of a vehicle is a strange experience and even stranger if you move the right stick and look left to see the driver (i.e. you) in 3rd person. 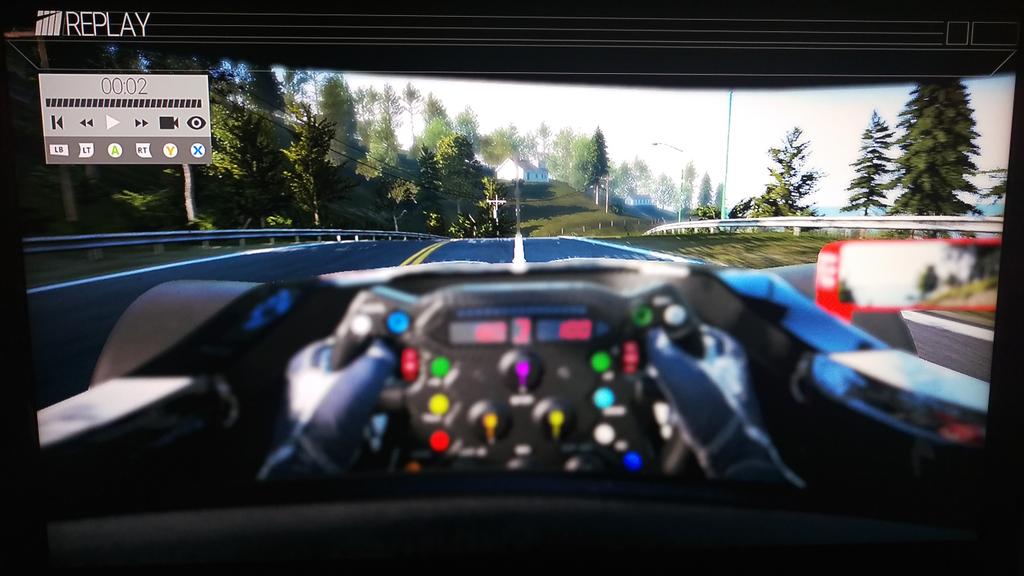 Driving a F1 car on the typical tracks don’t have steep inclines and declines, but this game let’s you drive any car, anywhere. This flexibility allowed me to catch some air with an F1 car and the camera let me capture that terrific lens flare. 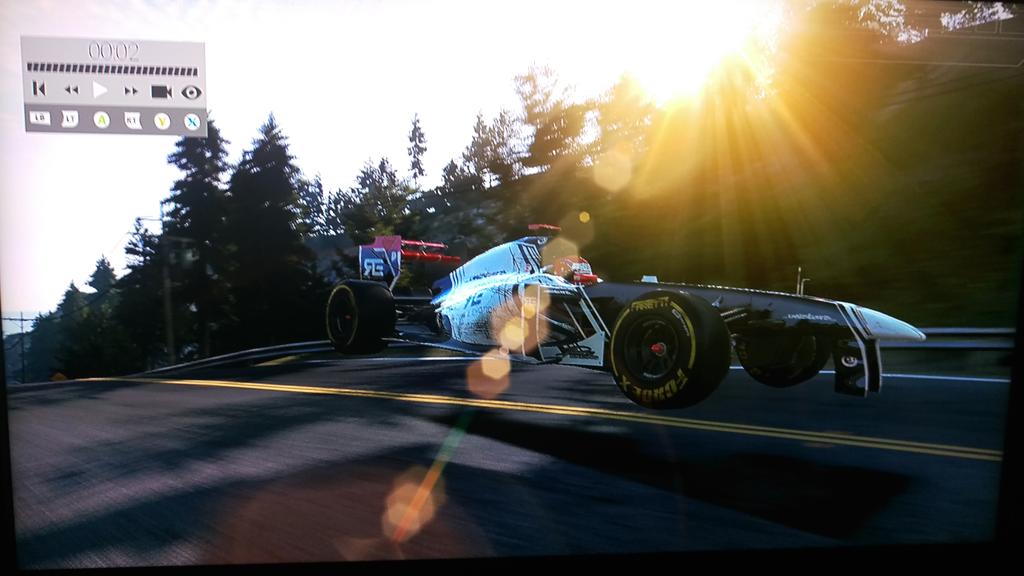 Now for the bad bits. First off, I did try the entry leagues and starting out in Go Karts is certainly a shock to a Forza driver. They handle incredibly different to typical road cars, but the part Project CARS gets wrong, is the sound. Go Karts in this game sound terrible, like an annoying buzz saw, rather than anything like what real go-karts sound like.

The biggest problem with this game by far is the UI. The menu screens are an insane vomit of information on the screen and on a high-res computer monitor, this may work, on a 1080p TV, it doesn’t. The crowded text means navigation isn’t clear and logical, which isn’t helped by a forced welcome to each page. After choosing at the start I was an experienced driver, this should have streamlined the on-boarding process.

This is the first game I’ve seen that uses the hamburger menu. This interface element is popular in mobile devices and Microsoft is moving to it in Windows 10, for a tap or a click, it works, for an Xbox control, it’s terrible. Just make it a controller button to get to settings, like every other game on the platform. 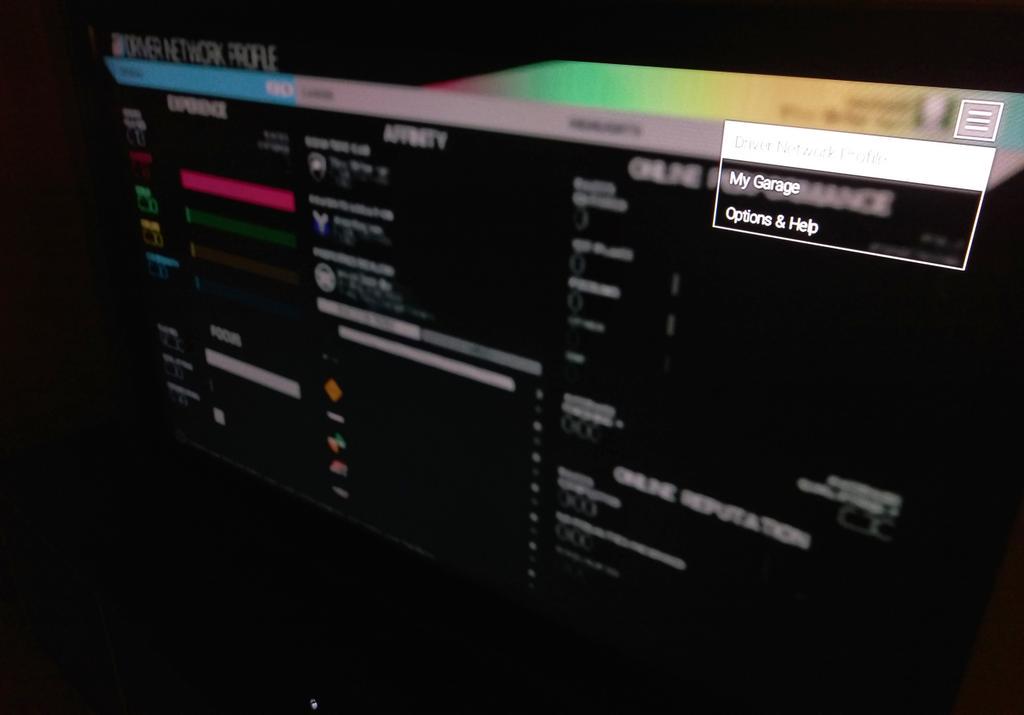 Of course there’s still plenty of glitches in the game as you can see below. There’s two issues here, the first is the in-dash display shows nuetral despite the car flying along at around 100 km/hr. The second issue is the wall collision at the end. Clearly the glancing impact shouldn’t have resulted in the car flipping, let’s hope these are addressed in a future patch.