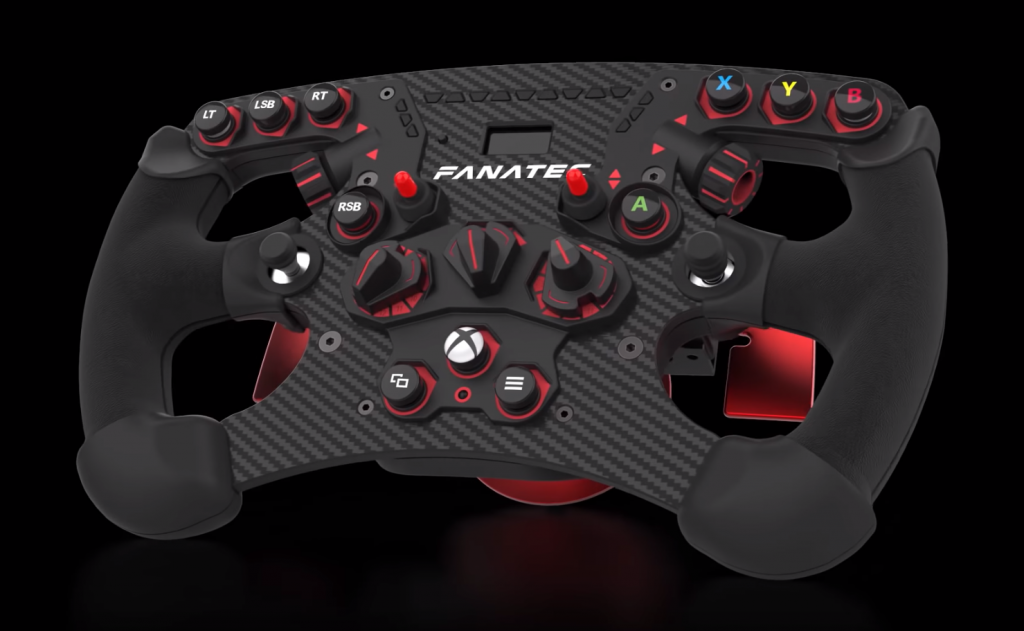 If you’re a sim racer who loves the Xbox, you’ve kind of been short changed when it comes to F1-style rims. The new ClubSport Steering Wheel Formula V2 is now available for pre-order and looks amazing, with it’s metal and carbon fibre construction. It’ll cost you A$519.00 for the wheel (base not included), and will arrive at the end of February 2019.

This is their first Formula-type steering wheel with full Xbox One and Windows 10 compatibility. That means if you move between the two systems, you’ll have a wheel that works great regardless of the racing titles you have on console or PC. It connects to a decent range of compatible Fanatec Wheel Bases and also available are a huge range of Fanatec peripherals for use on Xbox One consoles.

While the wheel looks and no doubt feels like a realistic F1 wheel, with loads of knobs and dials, it’s perhaps the in-built multi-colour LED bars that represent your shift lights that excite me the most. RevLEDs with its nine multi-colour LEDs can show motor RPM and optimal shifting point, and the two flag LED bars (FlagLEDs) with three multi-colour LEDs can indicate tyre slip, fuel level, or incoming radio.
There’s a small OLED display in the center of the wheel that provides feedback on the input choices (read dial positions) which can be configured per game. The wheel features no less than 11 buttons, 12-way multi-position switches, thumb encoders, rocker switches; the list goes on. That means you have a massive 67 functions that can be configured to suit your driving style and give you the leg up on the competition. While that may seem complex, sim racing is all about replicating (as close as possible) the real thing and guess what, race car driving is complex. Adjusting the car on the fly, per corner (like brake bias) at different stages through the race (to cope with varying fuel loads) can make all the difference.
Check out the promotion clip for the wheel, then try not to hit pre-order, this thing looks amazing. 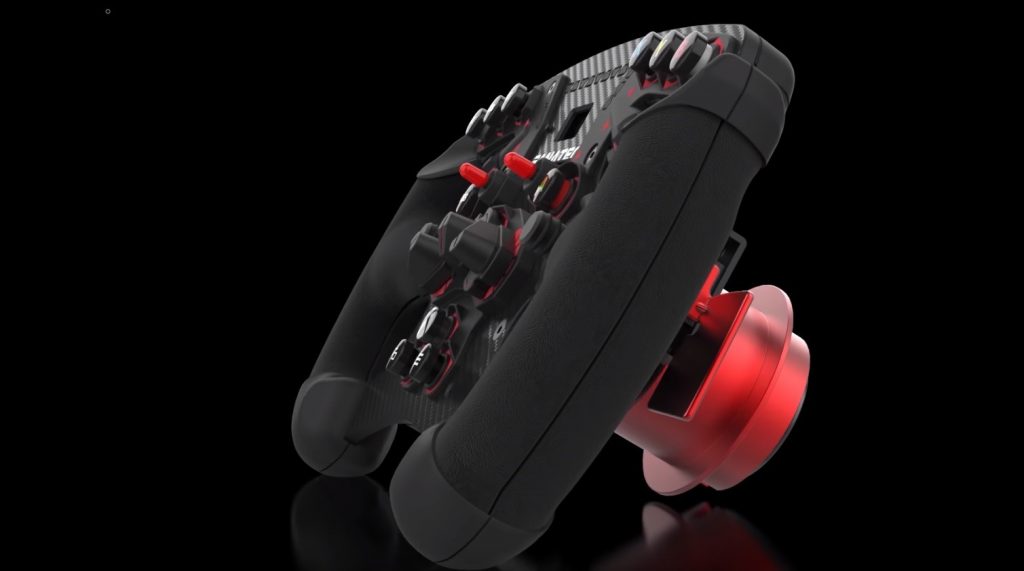 The wheel will be available from 28 February 2019 and is available for pre-order now. It’ll cost you A$519.90 for the wheel and the Clubsport V2.5 Base will cost you A$829.90 if you don’t already have one, bringing the total cost to $1,349.80. While that’s not cheap for regular racers, its worth remembering serious sim racers have also probably spent that on a Racing Sim setup, Display, Sound, Butt kickers and other accessories.

Jason Cartwrighthttp://techau.com.au/author/jason/
Creator of techAU, Jason has spent the dozen+ years covering technology in Australia and around the world. Bringing a background in multimedia and passion for technology to the job, Cartwright delivers detailed product reviews, event coverage and industry news on a daily basis. Disclaimer: Tesla Shareholder from 20/01/2021
Previous articleImmerse yourself in Borderlands 2 with VR on PlayStationVR
Next articleReview: Anki Vector, the AI-powered robot that recognises you