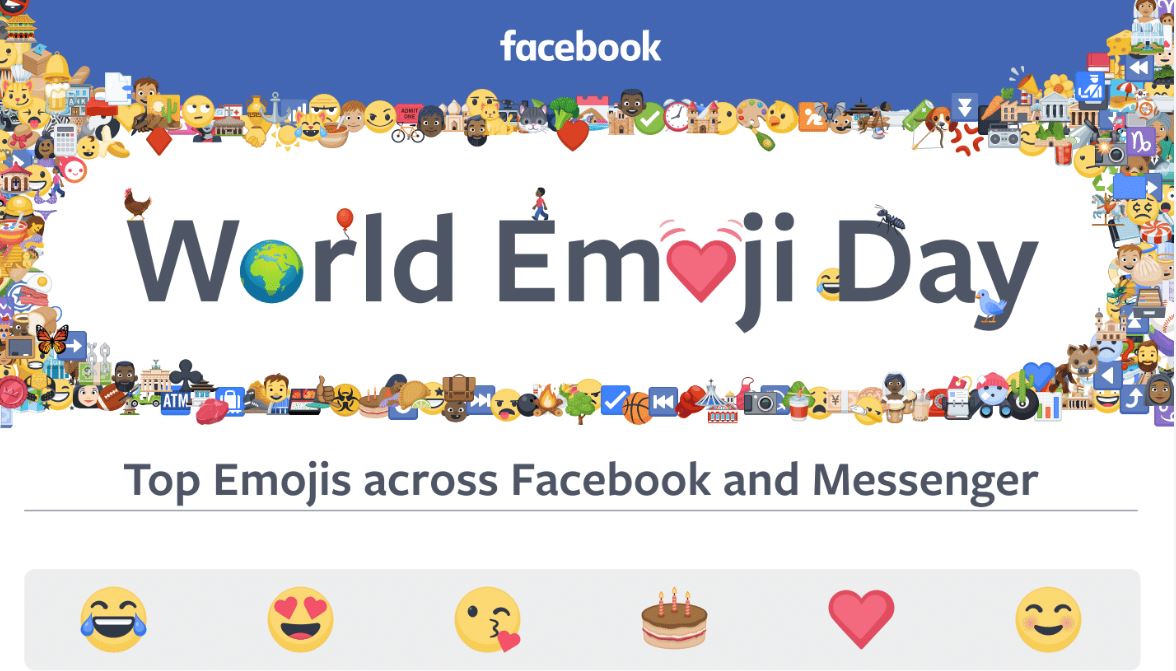 Today is another one of those made up international days, but given the subject matter, it seemed relevant to us.

Today (July 17th) is World Emoji Day and Messenger has released new facts showing just how much we love emojis. Messenger and Facebook are also launching new features to celebrate the occasion, including a camera frame and themed text background.

Here’s some key facts about our use of emojis across Messenger and Facebook in the form of an infographic.

New information on emojis and new Messenger and Facebook features

techauhttp://techAU.com.au
This post is authored by techAU staffers. Used rarely and sparingly when the source decided to keep their identity secret, or a guest author who isn't seeking credit.
Previous articleAmazon Prime Day is a very mixed bag
Next articleNetflix’s FAST.com internet speed test adds upload and latency