Huawei's nova 3i is the upgrade to last year's 2i model and this year the display has grown to fill the entire face of the phone, leaving the top and bottom bezels behind. It's packed full of features like Face unlock, fingerprint reader, massive storage, great battery life and a slick sexy design.

During the review I expected the price point would reveal areas where Huawei was forced to drop features to hit the agressive price point, but that just wasn't the case. The value for money here is seriously impressive so while the nova 3i will lineup in the mid-tier range due to its price, on a feature level, it belong far closer to the flagship devices in the phone market. 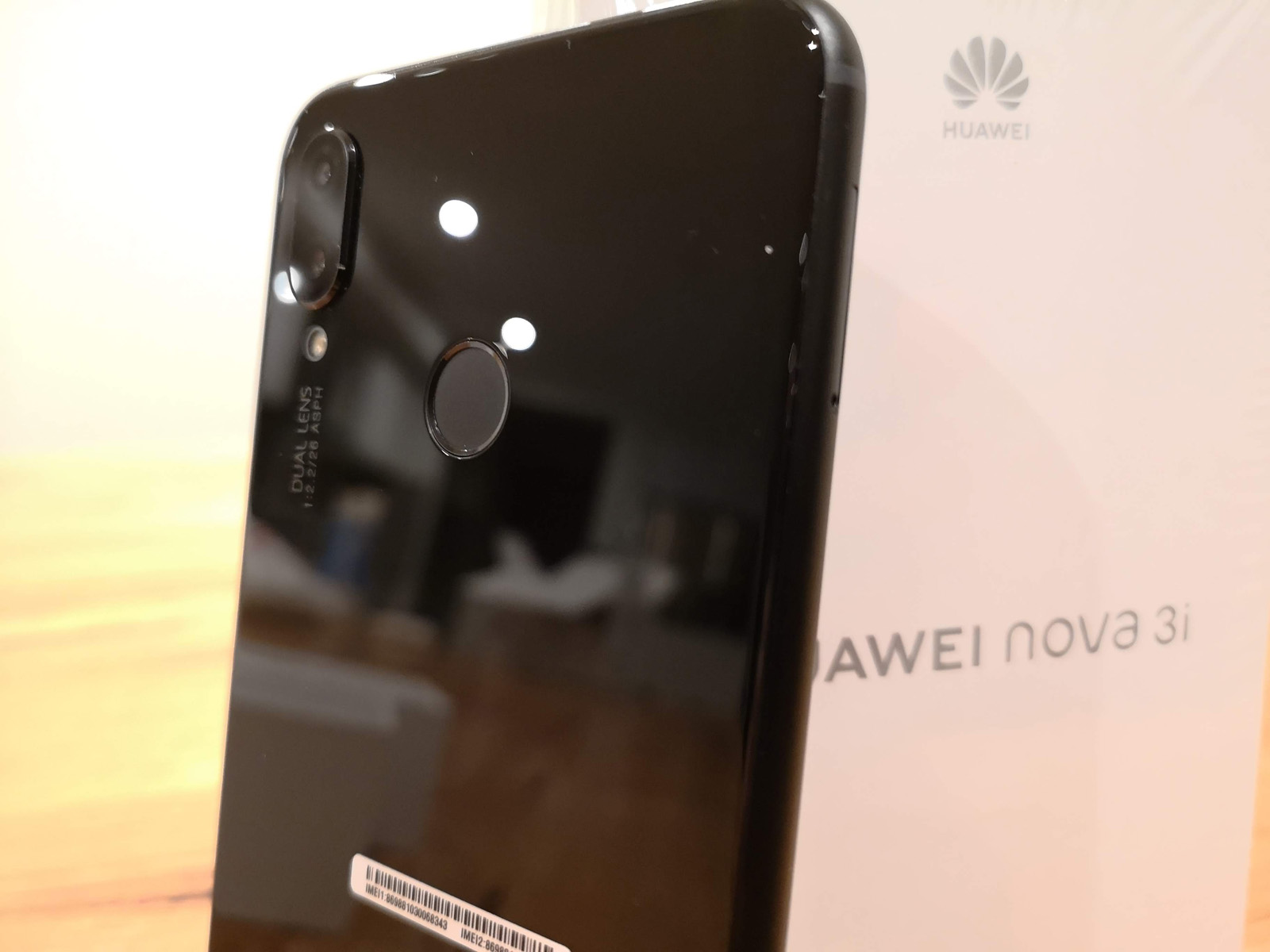 The Huawei nova 3i is 6.3" in size and that display is .2" larger than the P20 in the same size body. That's achieved by running the display the full length of the front of the phone, similar to an iPhone X, just adult sized.

With a resolution of 2340 x 1080, the IPS display packs a massive 409 PPI and looks amazing, so bright and incredibly rich colours, it really does look like a display that can compete with flagship devices.

The phone itself is slim at just 7.6mm thin and the curved edges fits well in the hand. Even those that baby their phones may want to consider a case on this one as the slick smooth finish does make it a little slippery. 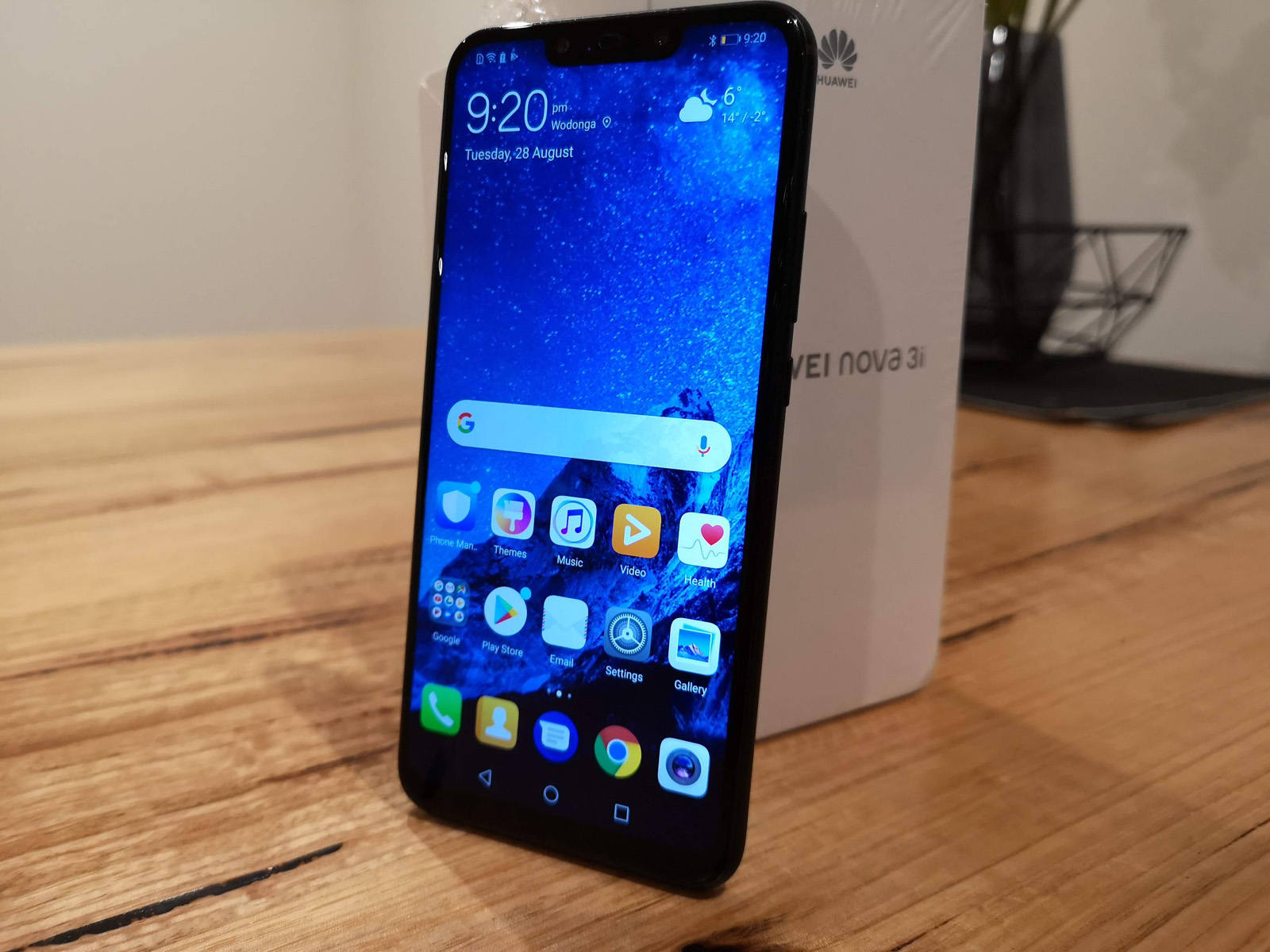 This phone has a long list of features, many of which you wouldn't expect to find at this price point.

To begin, there's no no less than 4 cameras, made up of a combination of 24 MP + 2 MP on the front and 16 MP + 2 MP on the back. These cameras leverage AI to get the best out of the photos. One of the most common uses for cameras today is of course selfies, so having dual-front cameras enables accurate depth information to create beautiful photos of you and friends, using advanced algorithms to deliver natural photos. Now here's where things get really smart.. powerful AI scenery recognition adjusts the surroundings to maximise your beauty in the selfie. I love that this beauty mode can be adjusted, giving you the power to control its impact on your photography. On the front, the cameras use a hardware-level HDR Pro feature to ensure background and foreground subjects are both lit well.

Now for the powerhouse, the dual rear cameras. The 16 MP, and 2 MP rear cameras feature a f/2.2 aperture great for capturing low-light photos at night, or indoors. Again the algorithms help your photo skills, leveraging AI which has learnt what a great photo looks like from a library of more than 100 million images, The HUAWEI nova 3i recognises 22 categories of more than 500 scenes like grenery, sky, portrait and many, many more. This reflects that not all photos are created equally and understanding the contents of an image being captured, helps preserve what you seen in real life.

The cameras also have a fantastic Super Slow Motion mode which records at 480 frames per second, perfect for capturing fast action scenes and making you look like a rockstar photographer.

QMoji
Animating yourself is now almost an industry standard feature, Huawei's implementation is QMOji. This camera mode turns you into an animated character that follows your facial expressions, movements and voice to generate personalised Qmoji GIFs or videos, adding more fun to your messaging. Sure this may be a gimicky feature for an adult, but if this phone is for a teenager, they're going to love it.

When it comes to the performance, that's achieved thanks to the Kirin 710 with an integrated AI processor. It's an 8-core 12nm processor: 4 x [Cortex A73 2.2 GHz] + 4 x [Cortex A53 1.7 GHz] which makes the phone perform an incredibly well, with app launches, playing games or processing media a great experience. There's 4GB included, one of the areas they were able to save as compared to the P20 Pro which features 6GB.

Something Huawei are doing is moving the industry forward on storage. Gone are the days of 16  or 32GB of storage, now we're talking about most models from them, including the nova 3i, a massive 128GB of space to store your photos, videos, apps and documents. I can't express to you how freeing it is to storage for days on your smartphone, it really lets you just use the device for whatever you want, without feeling cramped.

If you can do without the micro-SD storage expansion, you get to use the 2nd slot as another 4G SIM slot. This makes the device great for those that balance work and life and want to skip on carrying two phones. In previous generations, the secondary slot was restricted to 3G, but now the 3i offers full, 4G for both SIM slots. Huawei are great at understanding this challenge in people's lives, better than many other hardware manufacturers who simply don't offer dual-sim in their devices.

The nova 3i runs EMUI 8.2 which is Huawei's customised version of Android 8.1. While the launcher is perfectly usable, personally the first thing I do is install the Microsoft Launcher, which demonstrates the power of an Android-based device.

If somehow that's still not enough for you, you can drop in a micro SD card for another 256 GB.

The phone's body houses 3,340 mAh which gets you through the day with medium to heavy use. If you're a seriously heavy user, like someone who tethers, or uses the GPS often, then you'll probably wish that was the 4,000mAh of the big brother P20 Pro. 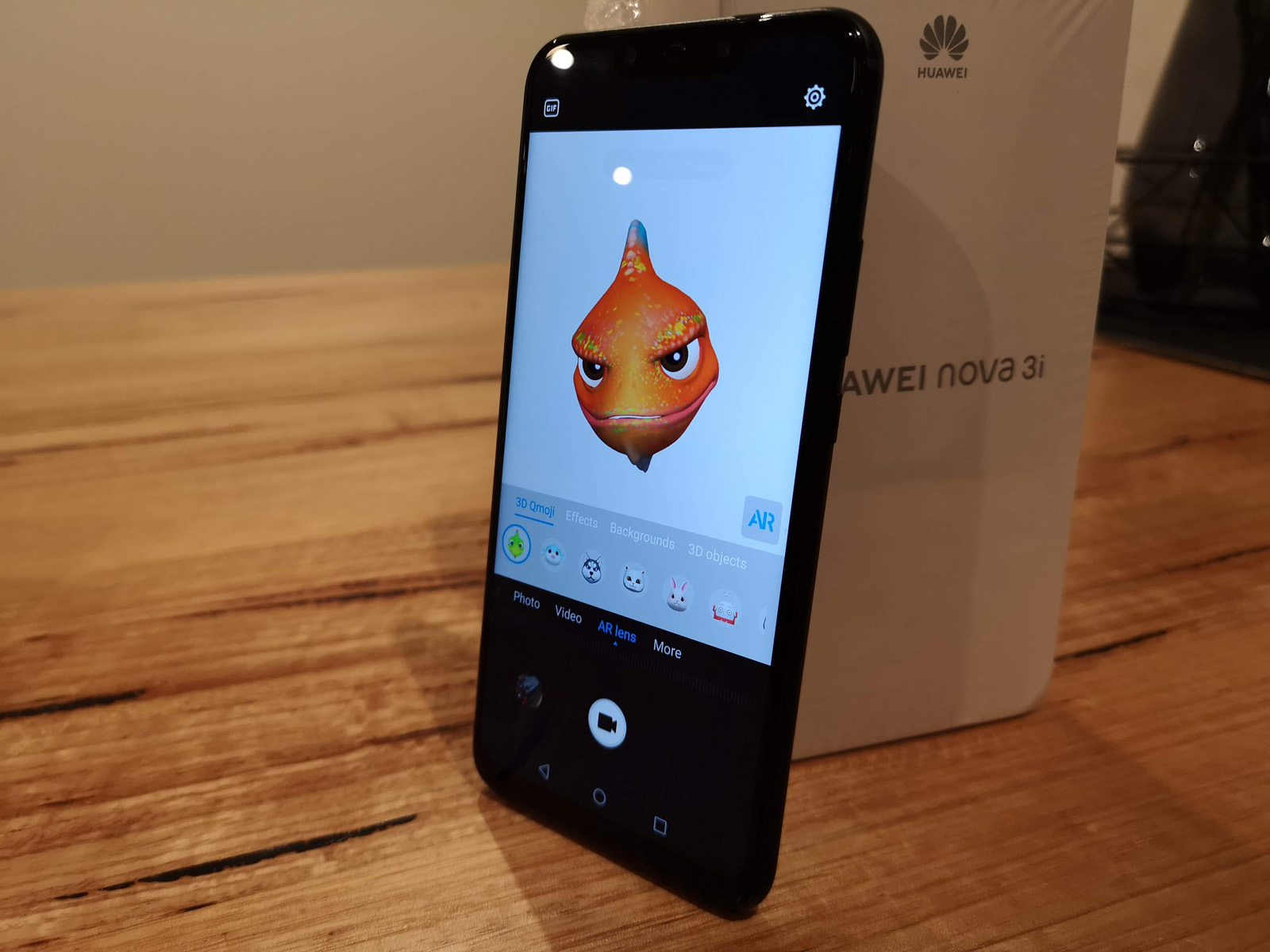 One complaint I have is that the nova 3i still uses the old micro-USB connector, rather than the modern USB-C charge and data power. By now most of us have integrated USB-C into our lives so accessories like cables and even headphones have been invested in. If you're not there, this micro-USB power will be a feature, but personally I'd rather they pushed on this. 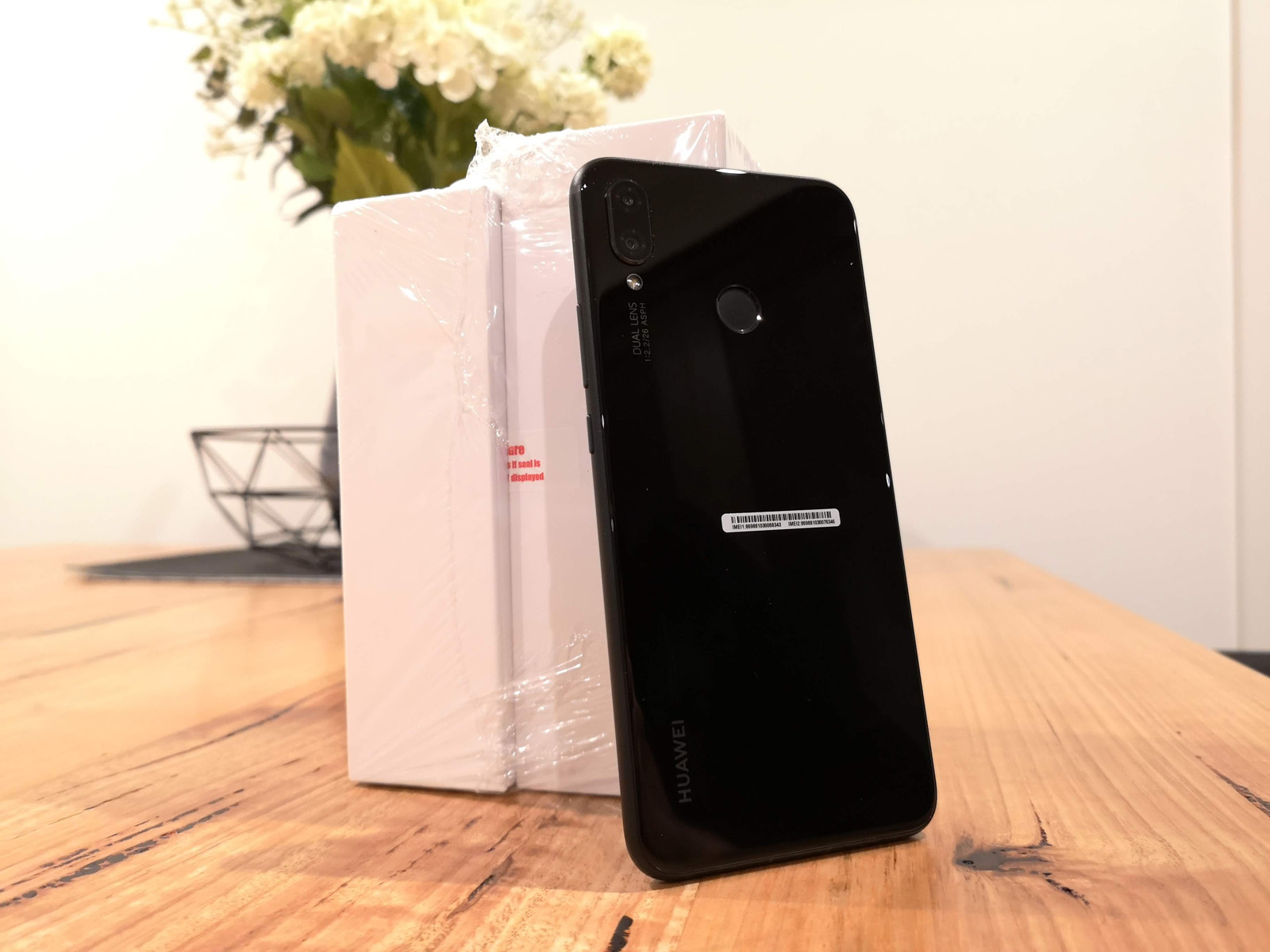 The Huawei nova 3i is available now from JB Hi-Fi, Harvey Norman, MobileCiti, Bing Lee and Officeworks. The phone retails for RRP A$599.00. Right now you can pickup a free pair of Huawei wireless earbuds worth A$199.00. The phone is available in Black and Iris Purple in Australia (the international pearl white version didn't make it here).

If you're quick, there's currently an offer to get free wireless earbuds, worth A$199.00 when you buy the nova 3i. Huawei we nice enough to provide them for review and I can now attest, they're fantastic. The sound that comes from these are absolutely stunning, something I was not expecting for something of their size. While podcasts sound great, it was Spotify that really surprised me, with the amount of bass transferred into your eardrums is seriously impressive. While stock is limited, you're best to jump on this offer while you can. 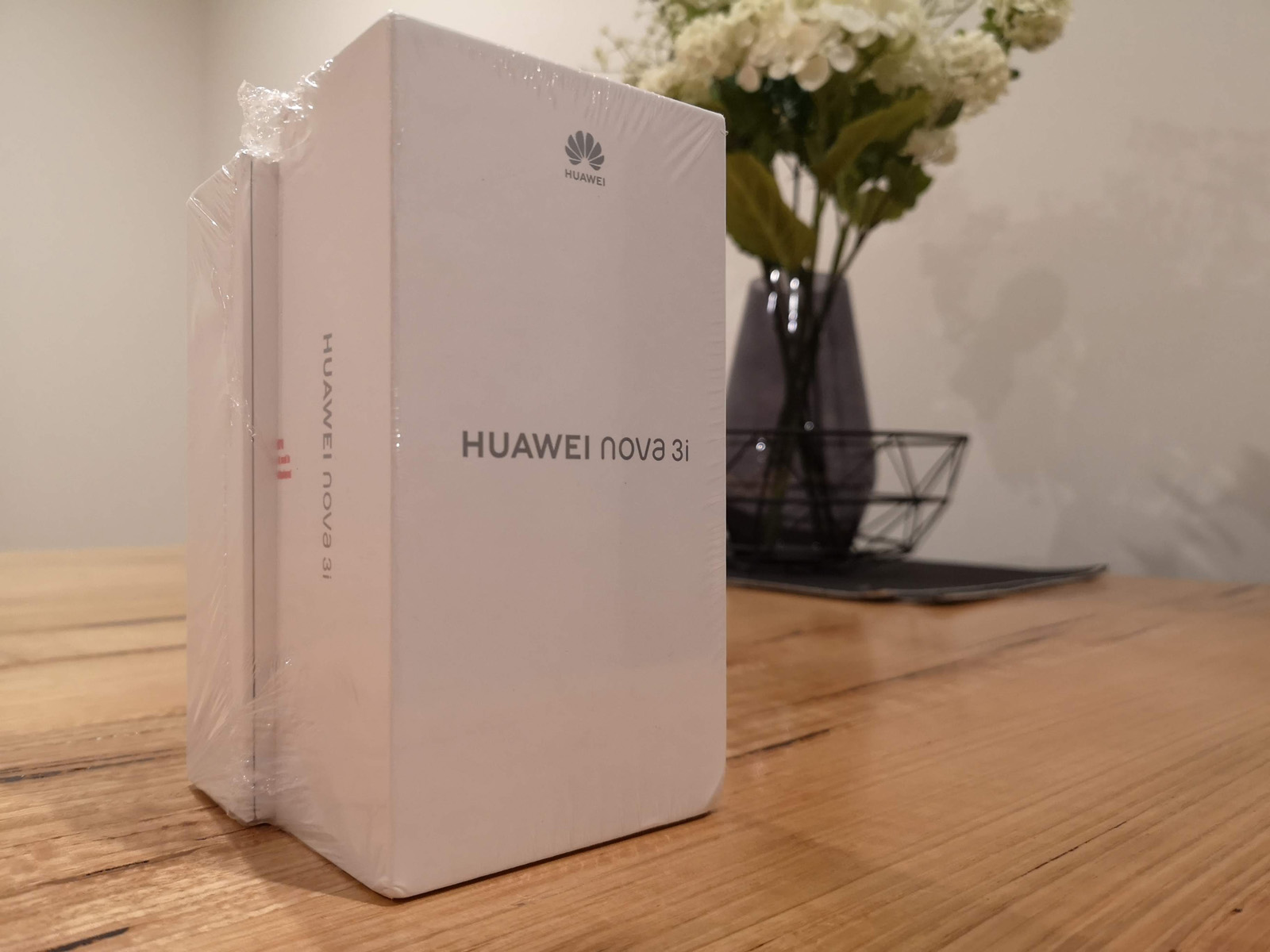 When you look at the price tag, you'd expect to give up plenty of features as compared to a flagship phone. In reality Huawei really haven't had to cut much at all from the device and in some respects, like the full screen display, they've actually improved on things. The battery life is great, the cameras are brilliant and those free earbuds are an absolutely delight if you're quick.

The amount of features on offer here for the money is one of the best value for money stories I've seen in the smartphone market for some time. Just remember the latest device from rival Samsung costs almost 3 times the price of this.

If you've only ever considered flagship devices, here's a great opportunity to reconsider and save some money. If you're looking at buying a phone for your kid or for your parents then this phone should seriously be at the top of your short list.

Jason Cartwrighthttp://techau.com.au/author/jason/
Creator of techAU, Jason has spent the dozen+ years covering technology in Australia and around the world. Bringing a background in multimedia and passion for technology to the job, Cartwright delivers detailed product reviews, event coverage and industry news on a daily basis. Disclaimer: Tesla Shareholder from 20/01/2021
Previous articleGIVEAWAY: Varidesk fully electric standing desk worth $1,295
Next articleLG’s making the best TV money can buy, an 88″ 8K OLED TV