Since first reviewing the Ring Video Doorbell back in 2016, I’ve been a big fan of the product. It offered me the ability to not only monitor our front doorstep for any visitors, but also helped solve my courier problem.

We all buy plenty of products online, so having couriers come to the door and attempt delivery is a common thing in 2020. Given the review units that come in and out of techAU, before Coronavirus, it was likely I wasn’t home when the courier arrived.

Thanks to the ability to communicate with couriers, I could negotiate with them on how to resolve the delivery. Often this was to instruct the courier to leave the product in our parcel-enabled mailbox.

Now it’s time to look at version 3 of the Doorbell and what improvements Ring has made. 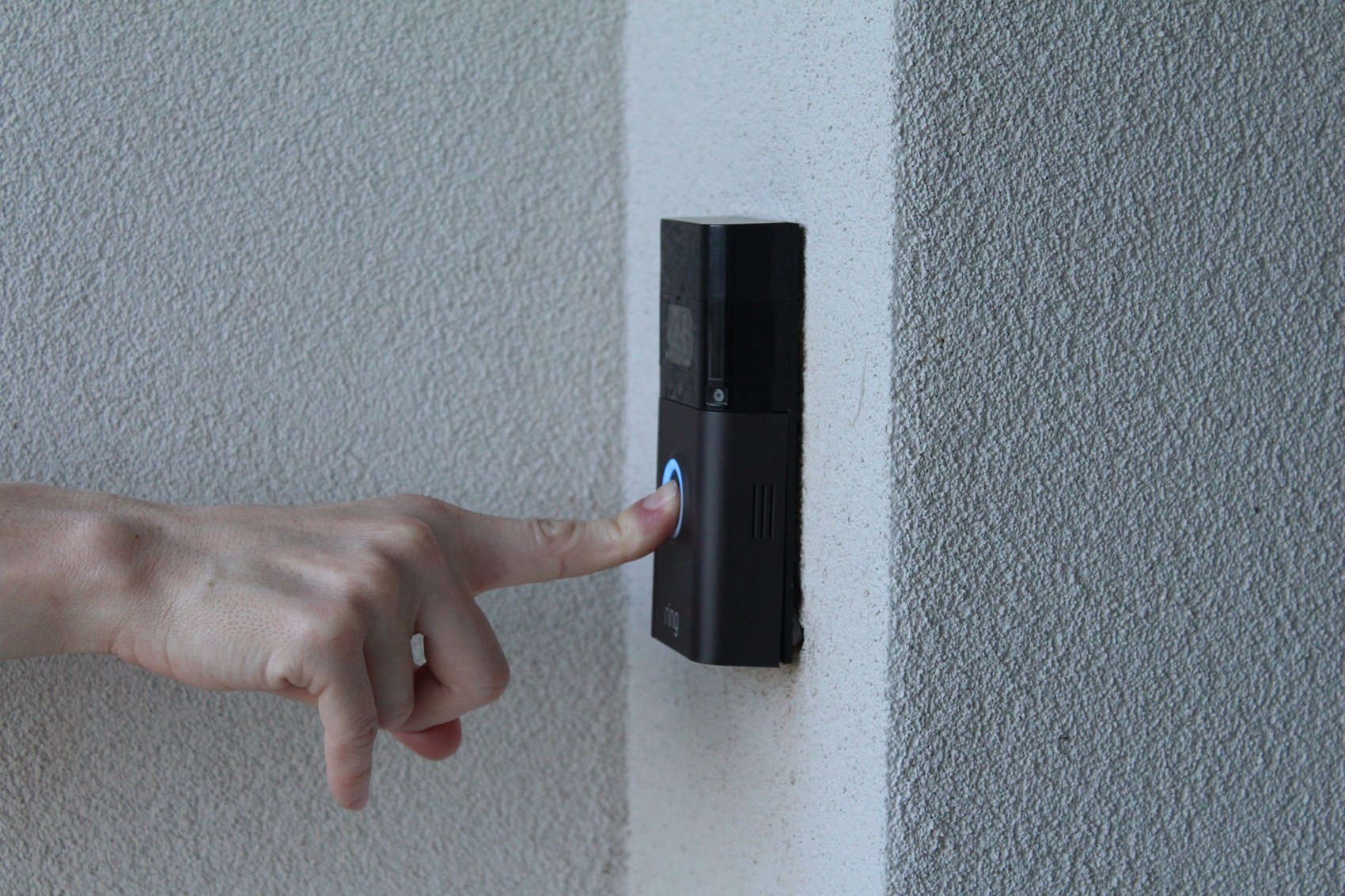 A choice of covers

The third generation Ring Video Doorbell now features some very nice design elements. First off, there’s the ability to chose from two different colour choices for the front cover. You can opt to have a silver finish which gives the doorbell a very similar look to the original, or you could go with the darker cover like I did.

Included in the box are now two wedges that allow you to angle the doorbell, which is certainly a great option for those with challenging locations. By doing the connection to the camera before you try and install, you’ll be able to preview the view, enabling you to decide which option works best. The two colours are officially titled – Satin Nickel and Venetian Bronze.

After previously going through the hassle of removing 2 small screws to recharge the battery every couple of months, Ring has clearly heard that feedback. Changing the battery is now done through a redesigned battery slot in the base of the doorbell. This is such a better design and enables a much better recharing experience. 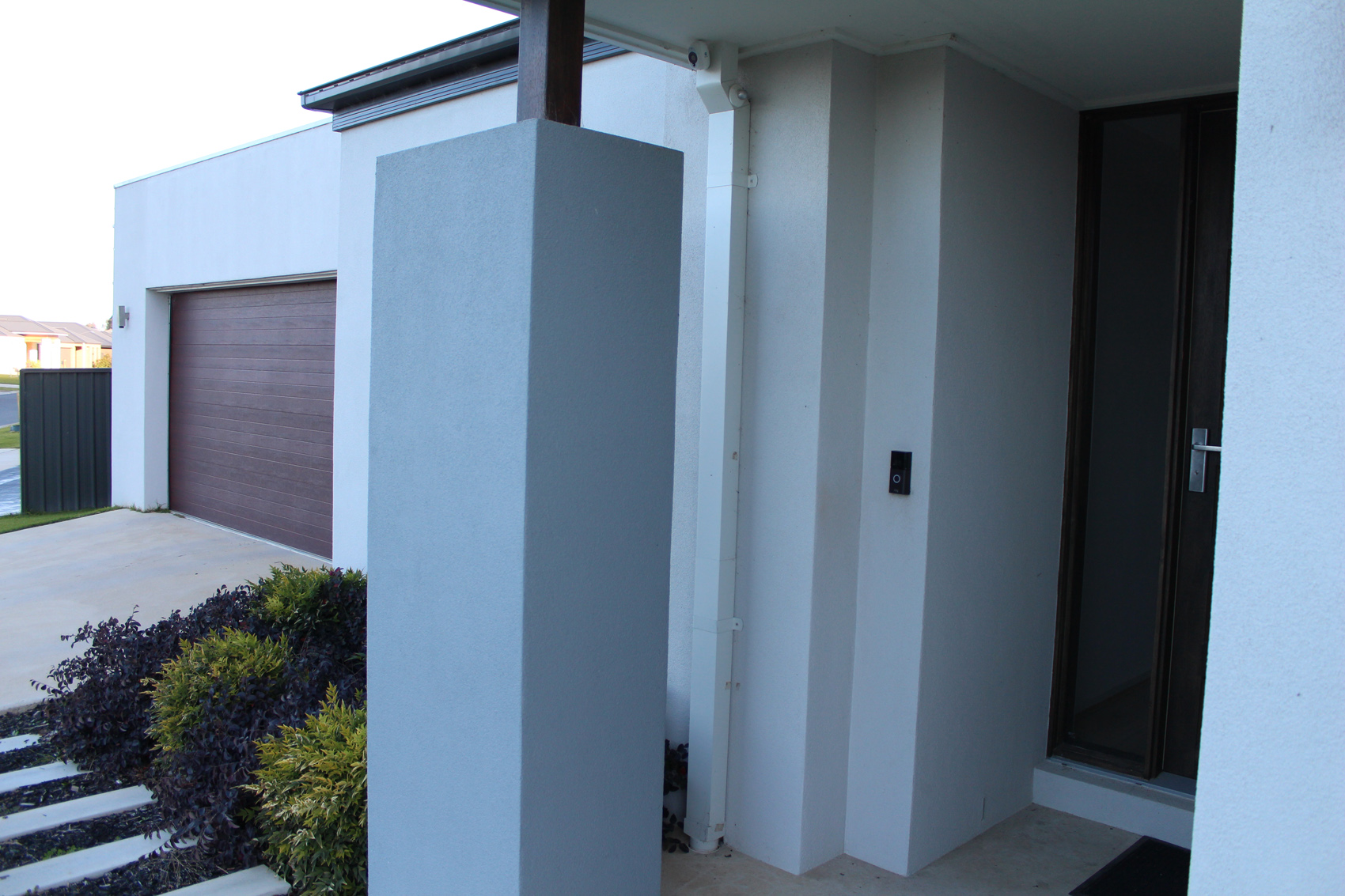 The original Ring Video Doorbell featured 720p video quality, but the Doorbell 3 Plus now offers 1080p resolution. Naturally with more pixels captured, your chance of capturing important detail like faces, or number plates, increases. The camera captures an impressive 160 degrees and offers two-way communication from anywhere in the world.

While motion capture has always been a key feature of Ring’s products, new in the Plus version of the Doorbell 3, is a pre-roll feature. This captures the few, important seconds leading up to a motion detection event. Motion detection can also be configured in its sensitivity, mostly to save battery life. A nice new option is the ability to only reporting motion events where humans are detected.

If you’re less concerned with capturing cars driving down the street and more concerned with people stealing your packages, then this option can help reduce false positives. Depending on where your doorbell is located, too many notifications can be an issue, so it’s great to see this being addressed. In my experience the feature works really well and I was surprised to see it detect humans, even when no face is visible.

New in this verison is support for both 2.4GHz & 5GHz Wifi. If your router supports broadcasting on both specrtrums, you can chose to join either. It supports 802.11 a/b/g/n but not 802.11AC. One complaint many had gainst the original was the speed to connect to the camera. Thankfully with gen 3, Ring really has resolved this and launching the live feed from the motion or ring notifications is much faster now. The minimum upload speed required is 2Mbps, however more is obviously an advantage.

Easily one of my favourite feature of V3, is the Quick-Release Battery Pack, which makes the recharging process so much easier. Just pop off the face cover and slide out the battery from the base of the doorbell.

It used to be that package delivery was really something we had to deal with during office hours, however as we order more online, delivery hours have also increased. Groceries is one example that could arrive between 7am and 10pm. As your front door is one of the favourite entry points for criminals, there’s also the callenge of securing your property. For both of these challenges, the inclusion of Night Vision in the Video Doorbell 3 Plus is a big win. This helps to give you confidence that events will be captured whatever hour of the day they occur.

Finally the Doorbell now works with Amazon voice assistant, Alexa. If you have an Echo Show, you can simply ask ‘Alexa, show me my front door’ and have the Show display a live feed from your Ring Video Doorbell. 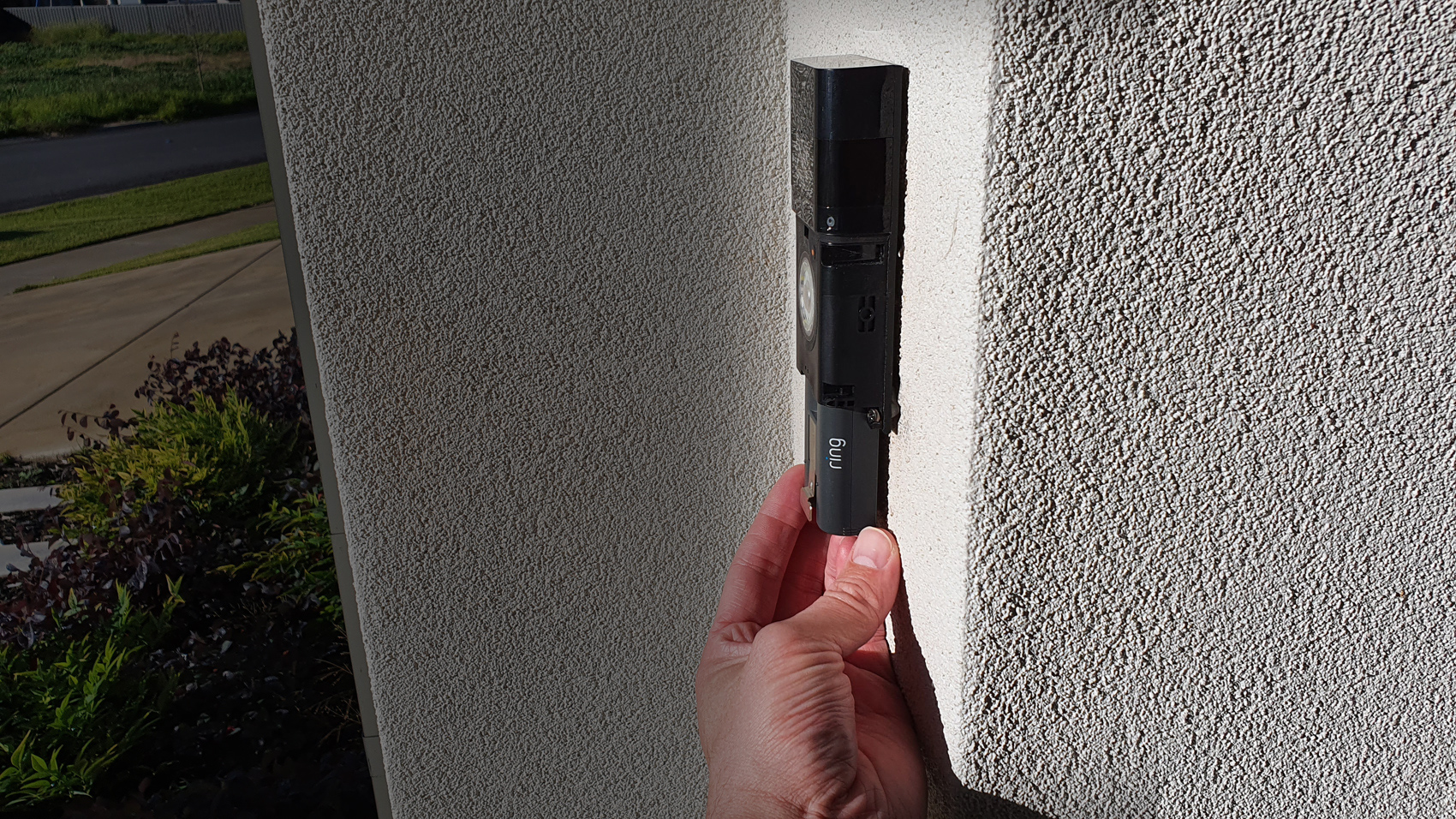 I’m living an almost completely USB-C life in the middle of 2020, so to have the battery still use micro-USB feels a little outdated. Of course I still have a few cables laying around, as I’m sure most people do, however I plan on having this doorbell for a few years and I can’t imagine still having to use micro-USB cables in 2023. 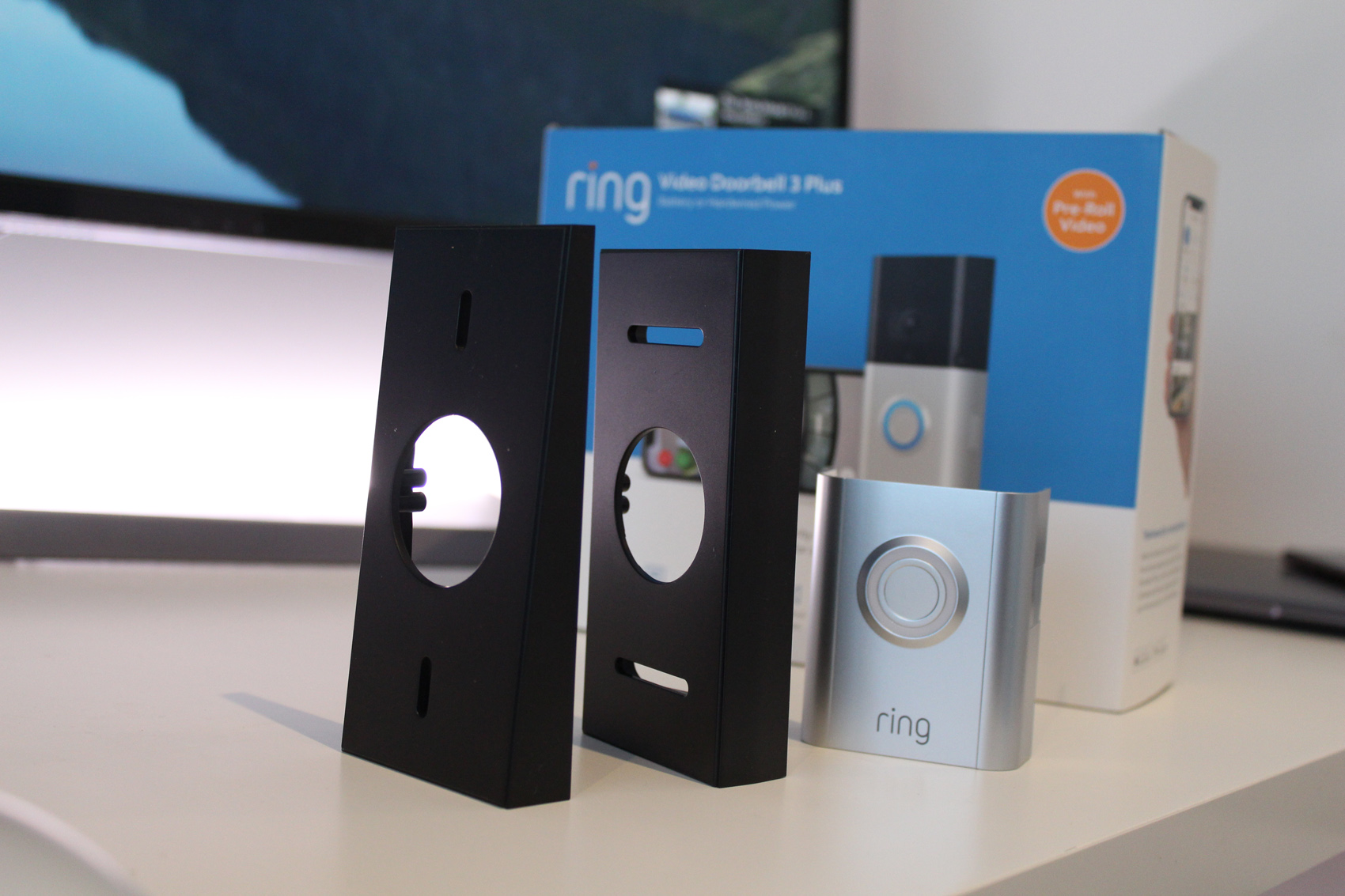 The Ring Video Doorbell 3 Plus is available now from Ring.com direct for A$369.00. The Regular Video Doorbell 3 costs A$329.00 This features most of the same features as the Plus, but misses on the pre-roll feature, so you’ll have a choose to make there in regards to how important you think this is. 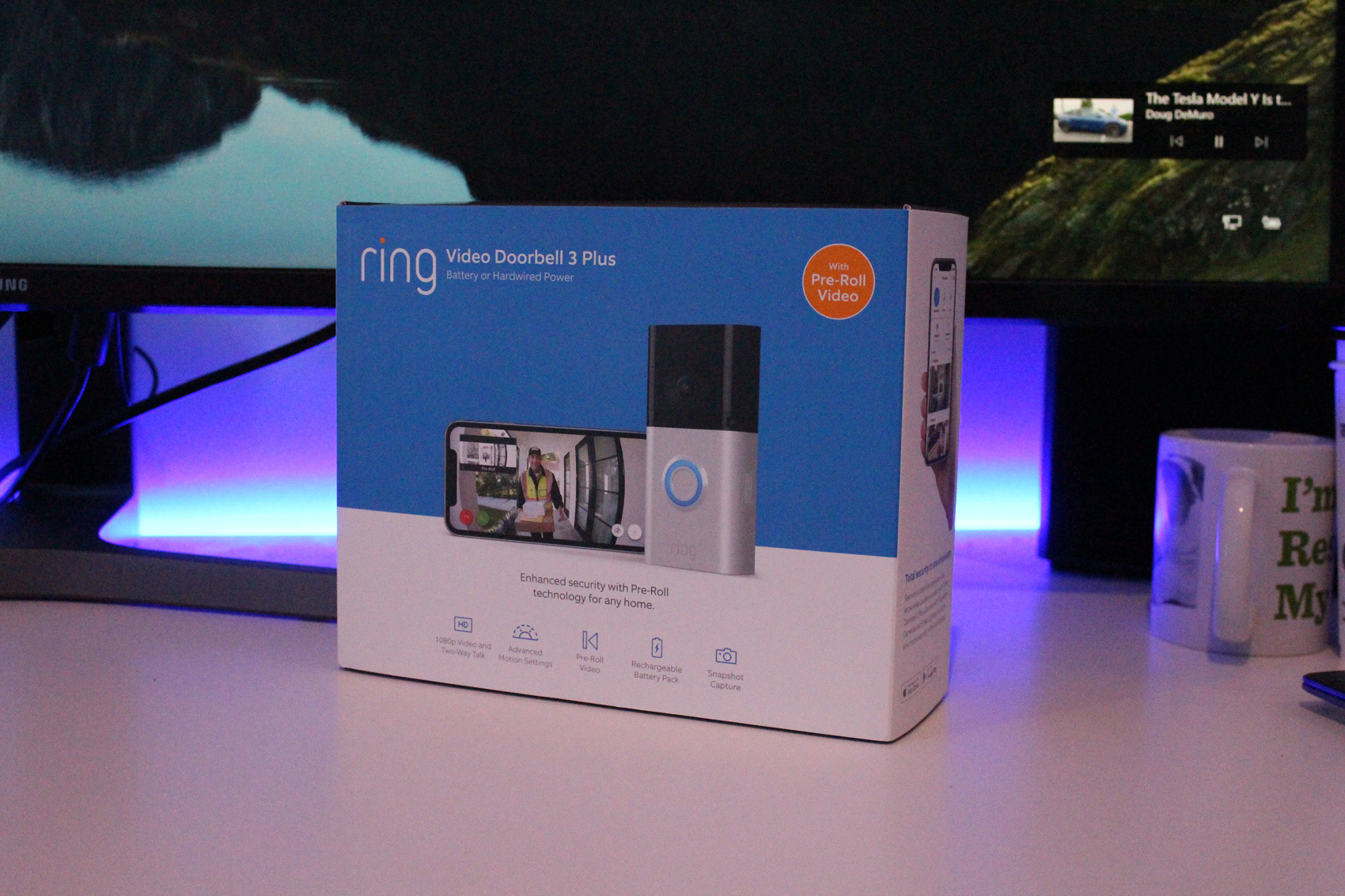 The Ring Video Doorbell 3 Plus is a substantial upgrade on the first generation. If you have gen-2, I’m probaby not able to make a compelling case for you to upgrade. If you don’t yet have a smart doorbell like the Ring, then you absolutely should get this.

The purchase price is afforable and well warranted for a product like this. There’s a small ongoing cost, but at A$40 per year for a single device, that’s just $4 per month to buy piece of mind that your home and your packages are protected.

With gen 3, Ring have demonstrated a great ability to listen to the feedback from the community and iterate the product to make it even more compelling. While I wish there was some kind of support to use the same mounting bracket as the original, overall that’s a problem that not many people with have.

The video quality is amazing and I love the improved speed to launch the live stream to your front door. This means you’re likely to answer more notifications. To enable quick 20-30 second converstations with a couriers to approve them leave a package on your doorstep (in view of the camera), rather than get a delivery note, the Ring is more than worth the price of admission.

Jason Cartwrighthttp://techau.com.au/author/jason/
Creator of techAU, Jason has spent the dozen+ years covering technology in Australia and around the world. Bringing a background in multimedia and passion for technology to the job, Cartwright delivers detailed product reviews, event coverage and industry news on a daily basis. Disclaimer: Tesla Shareholder from 20/01/2021
Previous articleLuxury brand Maserati says ‘Our future is charged’
Next articleDid you sign up to BINGE?