If you live under a digital rock, Defence of the Ancients was a mod for Warcraft III. However, it very swiftly became much more than a mod. Gamers all over the planet purchased the Warcraft III battle chest purely for the purpose of playing DotA. This phenomena – a mod becoming more successful than the original game – bewildered many. What DotA did was create an entire genre. The almighty work that Icefrog and his team invested in building and balancing the game while liaising with an enormous community was unheard of for a mere mod.

What DotA entailed was a series of lanes (usually 3), in which two teams competed. Waves of opposing computer-controlled minions spawned in each lane to assault the opposing base, aided by five player-controlled heroes from each side. These players would level up their individual hero’s skills and purchase items for them from the shops located in their base, in order to gain the edge on the opposing team.

Since this genre has been invented, a number of studios have developed jolly good stand-alone versions. I took it upon myself to figure out which is the best. After all, with Valve releasing bits and bobs about the anticipated DotA 2, I would like to see them learn from the mistakes these games have made. So here is the countdown:

Demigod did something very unique with this fledgling genre back in April of 2009. Rather than have the plethora of champions that DotA bosted, Gas Powered Games opted to have two types of champions; Assassins and Generals. Assassin abilities focused on making short work of their opposition and were rather unremarkable. Generals, however, commanded a squad of their own minions, which inspired some interesting strategies that made it stand out from a pure ‘clone’ of the original DotA. Demigod was also down-right beautiful. The art-style was dazzling and the way the demigods looked as they laid waste to masses of minions made you feel like they were worthy of their title. Unfortunately Demigod was rife with multiplayer server issues (rather important for a game which pretty much solely exists as a multiplayer) and balance issues from the start. This combined with the $20US digital download price-tag and mediocre marketing efforts made it fairly inaccessible for most. Lacking the rich community DotA once boasted, Demigod receives fourth place.

HoN is the DotA-purist’s game. This is pretty much a direct port of the original, many of the heroes and items exactly mimicking DotA’s. HoN does sport a fairly large community however, and has recently included a store, at which you can purchase differing skins and other aesthetic knickknacks for your account. However, the game does cost a substantial and uncompetitive $30US to buy which, for a game that is more-or-less a copy of something that was essentially free, is a bit rich. When I say that it is a ‘copy’, this game has taken the genre nowhere. All of the old crappy feedback loops that lead to runaway victories in DotA are ever-present. If you destroy an enemy barracks, it is gone for good and there is no coming back for the other team. If you die, not only will your killer gain gold but you will also lose gold, preventing you from recovering. The learning curve for these games, even for DotA veterans, can be a bit steep. Meanwhile the community, though large, is altogether unhelpful and acts as a pretty big barrier. It doesn’t take any leaps of logic to draw correlations between the HoN community and that of the 4chan image boards. Trolling, flaming and other forms of arseholery are rampant, which makes it a bit harder to enjoy the game. However, the game is balanced and widely played and this earns HoN third place.

DotA in the first person. I have to take my hat off to Uber Entertainment for this work of genius. MNC really is a cracking game for $15US and brings together two markets, the DotA fiends and the Team Fortress 2 mouth-foamers. This game is more Team Fortress than it is DotA, but the core mechanisms of DotA are still present. Two bases, 5v5 combat with computer controlled mobs to support the players. Money is earned by killing things and is spent on upgrading your character. There are no items to purchase in each match but instead you can also spend cash on upgrading your base’s defences or robot waves. There are Aussie servers aplenty so lag isn’t usually an issue. The best part about this game, however, is the theme. Essentially this is a parody of NASCAR, or any other ridiculous hick/bogan “sport”. You play one of six types of clone, who are pitted against each other for the entertainment of the future masses. Meanwhile an announcer by the name of Mickey Cantor is yelling things such as “HEY-OH!” and “Bullseye is being performed today by Tim Cook of Delaware, who will earn six ounces of real cheese for his efforts today should he survive. Mm, mm, mm! Lucky man!” as the mascot he refers to enters the field for the soul purpose of being shot at. MNC comes in at a close second for its hilarity and ingenuity.

League of Legends blends the superb replay-ability of DotA with a rich and fulfilling universe of lore. Each champion within LoL (of which there are many and more to come) has it’s own backstory and chapter regarding how they came to enter “the league”. The best (and most genius) part of LoL is that it is utterly free to play. Everything that has functionality is free, anyway. The only thing that will cost you money when playing LoL is the option to purchase purely aesthetic skins for your favourite champions, which are mostly gorgeous and do really make you stand out. Everything from the matchmaking system to the abilities and items have been remarkably perfected. Players also level up outside of the games themselves, and can assign masteries (talent points, for you who are familiar with MMOs) and runes to augment champions who’s playstyle they prefer. LoL is about as perfect as a DotA clone can get without doing anything revolutionary to the genre, such as Monday Night Combat’s FPS restyling, and is the clear winner of this race. 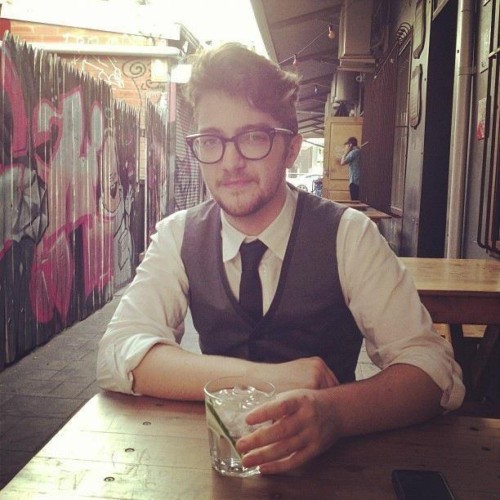