The future of legacy car manufacturers

The future of transport is all Battery Electric Vehicles or BEV’s. That much is crystal clear to anyone paying any attention to the industry.

The UK and France have already banned new fossil fuel car sales by 2040. Norway has the goal to reach 100% of new car sales being electric by 2025. Everywhere you look more and more countries are piling on. Scotland, Germany, Netherlands and even India have already either passed laws or are well on their way.

So when we realise that the future most certainly is BEV’s one then might ask, what will happen to today’s legacy car manufacturers? Will they thrive? Will they be pushed aside or go bankrupt or something else? In short – it doesn’t look good for most.

We cannot talk about BEV’s without talking about Tesla. They have been the number one catalyst that has propelled the electric vehicle market to the forefront of the industry.

Through their shaky start with the original Roadster to their “production hell” making the Model 3, Tesla has pushed on and on. Through a GFC, through being the most shorted stock in the world and through virtually every barrier imaginable.

What’s emerged on the other side is a new American car company that is free from the shackles of the traditional legacy car makers. A company that is now over a decade old and seems to be turning a corner into its more “adult” stage in life.

With this transition into being a bigger, older company it also has demonstrated that an electric car startup can now work. This has opened the door to countless others such as Rimac, Rivian or Faraday Future just to name a few.

But let’s take a step back for a moment. As there’s a very important difference between Tesla and legacy car makers like VW, Jag, Audi, GM etc that needs to be pointed out. This difference is not that they make EV’s either.

While you might not be aware of it, most legacy car makers don’t actually make all the parts of the car. Instead, they buy virtually all the parts from specialised companies and put them together IKEA style. A mirror here, a seat there, a headlight over that way.

In fact they really only design, build and “own” the IP for making two parts most of the time, the engine and the transmission. Unfortunately for them though BEV’s don’t have traditional engines in them, nor do they have the same transmissions either. Instead, they usually have electric motors and one, maybe two gears at most.

While electric motors have been built for decades for factories and are quite reliable… legacy car makers haven’t really had much, if any, long term experience in them. They’ve also had even less in the other major critical component of a BEV, the battery.

Tesla, on the other hand, is targeting full vertical integration of almost every part and facet of their product. They make the motors, the body, the seats. They build the many computer systems that power the various parts of the car and run software that they’ve programmed from scratch on them.

While this might not sound like a big revolution when compared to other companies like Google or Amazon or Apple it’s a huge difference in car manufacturing.

Their vertical integration goes even further than that in fact. They don’t just make and own the car itself, they have deployed their own charging network. They build and program their own self-driving systems. About the only thing they don’t 100% fully own is the battery production process but rumours have it they’re wanting to get into that too!

But so what? This obviously hasn’t stopped other car manufacturers producing BEV’s. The above Nissan Leaf has been sold in the hundreds of thousands and they’re not Tesla!

Well while not being fully vertically integrated doesn’t prevent legacy car makers from making BEV’s it does make it much harder. It also makes it much harder at a time when legacy fossil fuel makers are facing arguably the biggest disruption they’ve ever faced.

They have a huge amount of sunken fossil fuel costs. The billions they’ve spent researching, developing and perfecting the petrol and recently diesel engines. DOHC, turbos, superchargers, rotary engines, V12’s, Sky-ActiveX. All these refinements and improvements cost money to develop and that money needs to be made back – with a profit! – over many years. As such you can’t just stop everything as otherwise, those profits disappear.

Huge factories that churn out literally millions of vehicles a year need to be converted costing billions. New contracts for their suppliers need to be made and partially paid in advance while they also wait for the old contracts to finish. Again, they can’t just stop them as otherwise, they’d be out huge sums of money.

These suppliers are also effectively middlemen that throw on extra charges as they’re businesses that need to make a profit too. They add on complexity, mix-ups and proprietary systems that clog up the well-oiled manufacturing machine.

It would be different if all the legacy manufacturers were only competing against themselves to build BEV’s as they’re all generally on the same playing field. However, Tesla is a huge curveball that’s come in and they’re also now bringing their friends too.

They don’t have existing multi-year contracts with suppliers for diesel cars that they need to honour. Partly because they’re new but mostly because they normally make those parts themselves and thus don’t need those suppliers.

All their hardware and software is built and owned by them so it not only works together better but can be updated quicker and results in more efficient operation leading to longer range and higher performance.

It’s no wonder your VW Golf doesn’t have OTA software updates that upgrade everything from the UI to the power train to the self-driving components. They’re all made by different companies!

So while legacy car makers do have a considerable advantage when it comes to big pockets, they’re far less nimble or able to face this disruption.

Not Without A Fight

Obviously the likes of VW or Nissan aren’t going down without a fight. While almost every news piece claims Tesla Killers are coming the legacy car makers still haven’t made a car that can compete with the 2012 version of the Model S.

First, everyone said that the legacy manufacturers aren’t interested in EV’s. Then everyone said that they’d totally crush Tesla once they start to produce EV’s in bigger numbers and are “serious” about it. Now that we’re getting real-world tests and real sales of these serious efforts it’s becoming quite clear that we might be seeing another iPhone vs Nokia style disruption play out.

Back in the late 00’s when Apple and then later Google launched their new paradigm smartphones to say Nokia or Blackberry was in denial is an understatement. They kept pumping out the same phones with the same disadvantages for years after it was crystal clear to everyone that full touch smartphones were 100% the future.

What we’re seeing now is an almost blow for blow repeat of that style of thinking. Here we are with Tesla pushing the forefront of technology and leaping into the future. Their cars are all-electric, built from the ground up to only be BEV’s. There are no compromises to have an EV, Hybrid and Petrol variant.

Their in-car entertainment system and self-driving systems are built by them – both hardware and software – and seamlessly integrated into the car that is mostly built by them too. It’s all-electric. All high tech. All cutting edge user experience interface and design, all throughout. It’s not surprising many compare it to an iPhone on wheels.

Then on the Nokia/Blackberry side of things we have the legacy car makers almost completely missing the entire point. They see people loving Tesla’s and only focus on the fact that it’s electric. So what do they do? Let’s take our old, last century jigsaw puzzle, subpar product and whack a battery/electric motor in it! Surely that’s what the people want yeah?

Unfortunately, it’s just one part of the puzzle. As customers, we do want our cars to be all-electric, but you know what else we also want?

With their huge amount of legacy systems, contracts, dealerships, sunken costs in fossil fuel R&D not to mention their internal company culture and attitudes legacy automakers are in a very vulnerable position.

Now these types of things don’t just happen overnight. VW isn’t all of a sudden just going to go bankrupt or stop selling cars but it’s not hard to see that things aren’t looking good.

In fact, VW seems to be one of, if not the best-prepared legacy car makers so far. They’re absolutely 100% serious about pushing full steam into all-electric cars which is fantastic. They have plans – and signed contracts – to be building millions of them in just a few short years and I really hope they succeed.

But even VW needs to make a drastic shift both internally and how they approach designing and building cars. They need to take back control of the in-car entertainment systems and build them in house. They also need to do the same for as much of the car as possible so that they can produce cars that are as efficient, streamlined and highly integrated as Tesla’s otherwise they will always be “second best” to them.

As for the other legacy car makers well… it’d help if they could at the very least fully commit to going all-electric for all their models by a certain date. Currently most of them – at best – offer a date for “electrification” (read mostly hybrids). While hybrids aren’t bad per say, it’s also clear this isn’t what the future will be and that they’re an intermediate stepping stone technology that has largely already passed.

No, the future of legacy manufacturers (besides VW) is looking about as bright as Nokia’s future was around 2009. That is to say, the writings going up on the wall. Sure, they’re big, sure they’re the leaders in sales currently and yes they have a long financial runway, so this wont happen overnight.

It is actually now quite questionable whether or not they can even pull off the transition through this disruption of not just all-electric cars, but the disruption of the rebirth of cars from the “mechanical” era to the “high tech” era. The race is now on to see if they can take their massively inferior business model and navigate the rapid evolution before those coffers run bare.

From where I’m sitting… it’s going to be a bloodbath. 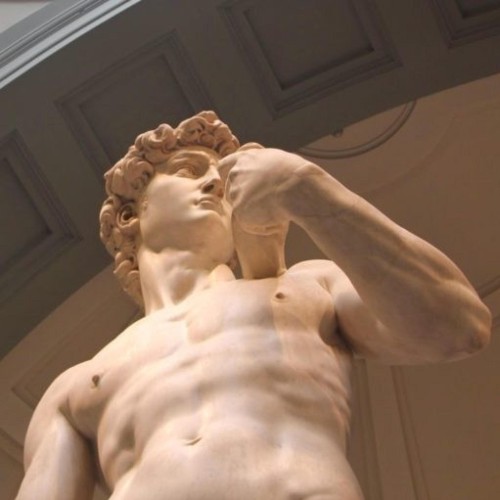 Alex Shoolmanhttps://www.alexshoolman.com/blog/
Previous articleTesla’s Australian delivery experience video shows what to expect when picking up your Model 3
Next articleReview: Samsung T5 500GB SSD is great for your Xbox, TV or car