Over at The Verge, Chris Welch has posted a photo from Microsoft’s Windows 10: The Next Chapter event. The photo shows a Dell Venue 11 Pro running Windows 10...
Posted by techau on January 22, 2015 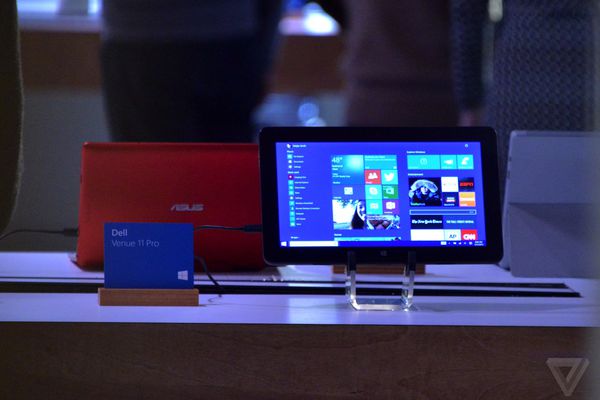 Over at The Verge, Chris Welch has posted a photo from Microsoft’s Windows 10: The Next Chapter event. The photo shows a Dell Venue 11 Pro running Windows 10 but you’ll notice it looks different than what we’ve seen to date. The start menu is on the left, that’s what we expect, but when we look closer at the layout of the tiles, you’ll see something brand new.

In Windows 8 and 8.1, tiles could be organised into groups and each group could be named. In the second column of tiles, you’ll notice there the group name at the top, a row of 3 tiles (1 wide and 2 standard), but then below is another group name. This means groups won’t just be horizontal divisions, but also vertical in Windows 10.

This makes a lot of sense, particularly as we move to higher resolution displays, it’s entirely possible the amount of tiles vertically means grouping make that experience more logical and organised. This is sure to be one of many changes discussed during today’s event.

If you’re up early, it’s live at 4AM (AEDT) and you can watch live at http://news.microsoft.com/windows10story/ or check techAU for posts on the important news.